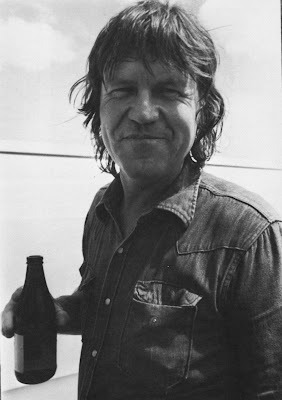 Billy Joe Shaver shoots a man in the cheek. He says it was self-defense, and I believe him. Witnesses report that before Shaver fired, he asked the man, "where do you want it?" That's class.
Posted by fc at 9:41 AM No comments: Links to this post

Like most of you out there, for the past several days I've been wondering what Ted Nugent's take on this whole "College Columbine" business might be. Well, now we know.
Posted by fc at 9:40 AM No comments: Links to this post 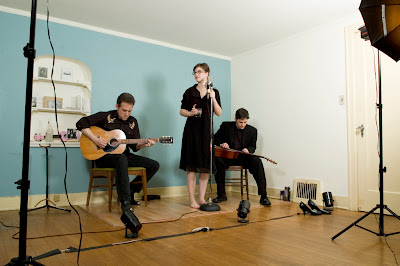 The End Times gig with Bug Nasties this Friday evening at the Pacific Rim Brewery. We'll be starting early, probably around 8:00pm, so please join us. Why, are we coming apart?
Posted by fc at 9:37 AM No comments: Links to this post
WELCOME, POINDEXTERS
This weekend marks my first jaunt to the Experience Music Project's Pop Conference, a four-day bacchanale of music-oriented lectures, essays and ... well, I don't know if there's really anything else that happens, but I guess I'll find out. The Stranger was looking for some writers to take these eggheads to task, and I gleefully accepted, but the eventual product I turned in must not have struck the right chord, because it was rejected. Well, all except the final paragraph -- my editor loved the "musique concrete" conceit and wanted me to refashion it as a preview of the event, but then rejected my rewrite as being "too dry." Apparently Stranger readers need to be told where the jokes are. Anyhow, it didn't run either. So here's my half-baked, hastily-written attack on/tribute to the people I'll be hanging around with in that monstrous building next to the Space Needle.

There's a lot of self-loathing among rock journalists, mainly because what we do is neither rock nor journalism. Those who write about popular music are knocking out ad copy, not reporting the news, regardless of how insightful or inane their thoughts on the product in question. Let's face it, no matter how clever a critic can be in tweaking the assorted miscreants who bang guitars and punch samplers these days, there's no such thing as bad publicity and we who fill space in alternative weeklies, blogs, self-published zines and glossy newsstand rags are mere shills for those who make the real art. What we do doesn't cure cancer. It doesn't even make or break careers. Every culture needs its popular art to be documented and annotated for future civilizations to study and learn from, but there are far too many jokers trying to get a piece of that job. A lot of us ought to consider volunteering with troubled youth or planting fruit trees in impoverished nations. Music critics can be bristly, combative characters if challenged about their individual core beliefs, because without them we're nothing, and that's why the EMP Pop Music Studies Conference stirs so many emotions for those whose love for sounds inspires prose.

It appears that some thinkers at The Stranger harbor a prejudice against the academic nature of the EMP conference, where the level of discourse can sometimes get pretentious in its navel-gazing intellectualism. Current music boss Jonathan Zwickel recently referred to the presenters as "kooks" in a private inter-staff email exchange, and our late, lamented music editor Jennifer Maerz once wrote publicly about the "critical circle jerks" of the EMP, going on record to declare that she avoids the event like she avoids "making out with boys with gigantic cold sores on their mouths." To each her own, I say -- some fires burn colder than others, that's all. Besides, the poindexters presenting papers at the EMP are the kind who couldn't stop themselves if they tried. There's no money or glory in sacrificing untold hours of precious lifespan re-evaluating the progression of Dylan's poetic voice or contemplating the importance of the souvenir rock t-shirt. These are intelligent people, hyper-self-aware people, and they don't need us telling them what they already know.

Some may call these dedicated souls deluded or damaged in spirit, but not me. They're artists as sure as the musicians they obsess over and write about, and that's the way I'm going to enjoy the seminar. When the pomp and verbosity become too oppressive, I'll just ignore the words and concentrate on the musique concrete symphony that is the EMP Pop Music Studies Conference. After all, the humming drone of academics reading their work can be very beautiful, and the shuffling of papers, muffled coughs, polite applause and whispered commentary provide an unpredictable harmonic counterpoint. The soft flutter of rolled eyes when an unpopular theory is put forth, the sudden dissonance of a rudely ringing cell phone, the chime of flattery for the most popular readers. Each presenter will set a particular tempo, improvise on a variety of classic themes and cop riffs off personal rock-write gurus. It's like when John Sellers, author of Perfect From Now On recently compared Jack White to Billy Squire on his blog -- I don't even care what the hell that means, it just sounds great.
Posted by fc at 9:24 AM No comments: Links to this post
Electric Six in The Stranger

ELECTRIC SIX, TEST YOUR REFLEXES, NIGHT KILLS DAY
(Neumo's) Detroit enjoys a renaissance of rock-and-roll relevance every decade or two, and during the last big scare the Electric Six counted themselves among the luminaries with hit singles—in England, anyhow. They've been tagged a novelty band (not undeservedly so), their mix of disco, new wave, and arena rock could only be enjoyed with a grain of salt, and post-"Gay Bar" efforts often endured critical lambasting. It's too bad, because their best jokes appear to be ahead of them. Massive lineup hemorrhaging left vocalist Dick Valentine the sole original member, but the band became a halfway house for some of Detroit's finest players, and last year's Switzerland was their best ever. Songs such as "Pulling the Plug on the Party" and "I Buy the Drugs" strike the perfect balance between quirk and energy, suggesting that for the Electric Six life might begin at 40 after all. FRED BELDIN
Posted by fc at 9:22 AM No comments: Links to this post

The rats have been too long in the same cage. Our future will require massive thinning of the herd for any of us to prosper. I can't even blame evil anymore. As each year goes by, as each atrocity tops the last, I become more and more convinced that this kind of thing is just the inevitability of nature.

Simply put, THERE ARE TOO MANY OF US FOR THE PLANET TO SUPPORT. It isn't just unhealthy for the environment. It's unhealthy for our own minds.
Posted by fc at 12:23 PM No comments: Links to this post

Dig my definitive take on Bo Diddley's Black Gladiator in this week's Stranger.
Posted by fc at 5:24 PM No comments: Links to this post

New on Frenzy of the Visible ... a collection of Kiss videos, the apocalypse according to Islam, Adam and the Ants, extreme foot fetish films, the Vanilla Fudge, Phantasm in its entirety and much, much more. YouTube is apparently bottomless.
Posted by fc at 3:03 PM No comments: Links to this post It's not unusual to find assorted blurbs I've written for AMG to end up on MP3 blogs once in a while when the poster wants a quick, easy way to describe the album he's pirating, so stumbling across this one didn't take me aback until I noticed the guy spelled my name wrong. What, you can cut and paste the whole paragraph but not my byline? Fer chrissakes. Anyhow, this is a swell record if you like vintage straight-edge hardcore ... not macho and domineering like East Coast stuff, these pansies were grown in the sandy soil of Nevada, and they would really prefer it if you didn't smoke that joint near them. And why is punk such a boys club, man, I know some really cool girls and they're just as good as us guys ... these are nice kids, they probably practiced at grandma's house. I love these songs, though, they're tuneful on their own terms and while the polka beats are de rigeur, the riffs go off into weird places and there's always a great chant-along chorus of "woah, woah, woah" coming around the corner.

Stay young til you die, kids.
Fred Baldin
Posted by fc at 8:52 AM No comments: Links to this post SYCAMORE SMITH in The Stranger

Michigan's Upper Peninsula hasn't changed much since its 19th-century mining boom times—it's still a vast, sparsely populated wilderness, so the college town of Marquette is like Paris up there, a relative hotbed of art and action. That's where Sycamore Smith hails from, and for well over a decade he's held forth as the U.P.'s prime musical export, as a member of the scruffy pop-punk machine the Muldoons and solo. With his rough-hewn folk-guitar strum, slippery melodies, and tongue-tying Dadaist wordplay, Smith comes across like a hillbilly Robyn Hitchcock. He's taking his cracked one-man vaudeville revue on the road, so anyone with a penchant for kazoo abuse and Gilded Age detail should make the scene at the Funhouse, where Smith will appear alongside fellow ex-punks Steve Turner and Charles Leo Gebhardt IV. This night should prove a peculiar hootenanny indeed. FRED BELDIN 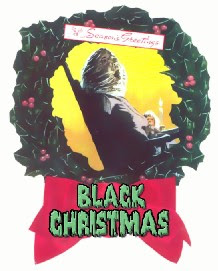 The director of A CHRISTMAS STORY, BLACK CHRISTMAS, PORKY'S, CHILDREN SHOULDN'T PLAY WITH DEAD THINGS, DEATHDREAM, THE SHE-MAN, BABY GENIUSES, KARATE DOG and SUPERBABIES: BABY GENIUSES 2 died (along with his son) in a car accident, a head-on with a drunk driver who is now in custody. X-MAS STORY is the one everyone knows -- it's as much an American seasonal tradition as MIRACLE ON 34TH STREET or IT'S A WONDERFUL LIFE, and for good reason. It sometimes surprises people when they learn that he's also responisble for PORKY'S (not to mention PORKY'S 2: THE NEXT DAY), and thus indirectly for every stupid teen sex comedy of the 1980s, not to mention pioneering techniques in 1974's BLACK CHRISTMAS that went on to become slasher cliches. At their best, Clark's films are witty exploitation exercises that belie their low-budget status. Now, I'm not telling you to go out and rent RHINESTONE or anything ... then again, it's Dolly Parton teaching Sylvester Stallone to be a country music star -- they do duets together, yeah, you better go rent it. DEATHDREAM is a good bet for the adventurous cinephile, a combination anti-war statement/zombie movie that works on either level.

And because I have to make everything about myself, here's my review of PORKY'S from AMG ... 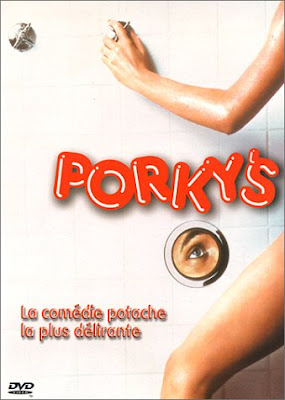 Porky's opened the floodgates for a multitude of cheap, obnoxious teen sex comedies in the early '80s, adding untold hours of mirth and playground whisperings to the lives of preteens and the chronically immature. Unlike its imitators, Porky's benefits from genuine laughs and a fond sense of nostalgia courtesy of director and screenwriter Bob Clark (who imbued his family-oriented classic A Christmas Story with the same qualities). While the movie is aimed at the funnybone of the adolescent male, it accurately captures the frenetic, desperate energy of this age, its obsession with sex and one-upmanship intact. Indeed, the constant practical joking that fills Porky's is part of the charm, and though tentative steps towards character development are made with an anti-prejudice subplot, the boys remain steadfastly immature to the end. The easily offended should steer clear, but Porky's is the best of a deservedly maligned breed. FRED BELDIN

PS. Just learned Bob Clark had a hand in creating DUKES OF HAZZARD as well. Like you already needed a reason to mourn him.
Posted by fc at 7:16 AM No comments: Links to this post
Newer Posts Older Posts Home
Subscribe to: Posts (Atom)