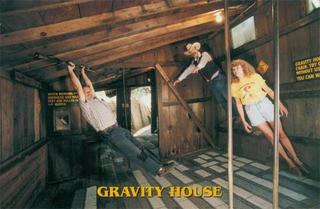 Just got back from a whirlwind car trip down the Left Coast, where I marvelled at the majesty of the Pacific Ocean and logged many hours of mountain driving. Lori and I needed the chance to get out of town and just coast without overwhelming plans or destination, so we rented a car and took the miles as they came. First stop Manzanita Oregon, where we found the most beautiful beach and most charming accomodations of the entire trip ... after that we hugged the coast as far as we could, checked out Mendocino California (an arresting view but the town is a bit "calico" for our tastes) among other cities until we hit San Francisco, where we cruised Fisherman's Wharf (and contemplated the wax museums) and the Haight-Ashbury district (which wasn't disappointing in the least). Then the fast track home up I-5.

We're both more relaxed and in better humor. We lost about $25 each in roadside casinos and I added another "Mystery Spot" t-shirt to my collection (thanks to Confusion Hill in Piercy California). We dug a lot of Motorhead, Coltrane and Alice Cooper on the road and discovered the first wine we've liked enough to get snobbish about (Andrew Rich Coup d'Etat Red Rhone Blend 03). All in all, a successful endeavor.

Now we're back to gangland outside our windows, humiliations in the workplace and an entire DVD review column due yesterday. At least the goldfish didn't die.
Posted by fc at 4:54 PM No comments: 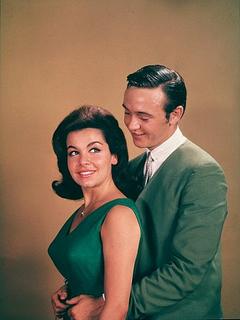 All Movie Guide: The Monkey's Uncle

Be forewarned that this witless but diverting Disney comedy (a sequel to The Misadventures of Merlin Jones) contains far less monkey-related frivolity than the title might suggest. Tommy Kirk returns as science whiz Merlin Jones, who becomes the legal guardian of a chimpanzee named Stanley in hopes of teaching the beast advanced social skills. This initial storyline is set aside once the Midvale College football team is endangered due to low grades. In exchange for the acceptance of the best fraternity on campus, Merlin develops an "honest way to cheat" by implanting exam answers subliminally while the football heroes sleep. After some initial controversy, this successful method is hailed by the faculty as a perfectly legitimate escape route for terminally lazy students. Unfortunately, the football team is threatened once again when a generous endowment comes with strings attached, and the result is an end to the popular collegiate sport. Merlin is called upon to build the world's first successful man-powered flying machine, for which an even bigger cash payment will be awarded by a more football-friendly donor. Can he do it? It takes a lot of dubious science and a token song from Annette Funicello to find out, but precious little of the simian-based comedy the viewer might be expecting. After dominating the first few scenes of The Monkey's Uncle, Stanley the chimpanzee fades to the background, appearing from time to time to help Merlin out in the lab, make coffee, and chatter into the lens as punctuation to the pratfalls of his human co-stars. Veteran character actors like Frank Faylen and Leon Ames bluster nicely, but Kirk and Funicello aren't overly ambitious as the youthful leads and their fellow students fare no better. Enlightened parents may want to think twice about subjecting their children to the prehistoric gender dynamics of The Monkey's Uncle. True, Annette is a college student, but appears to be interested only in receiving her MRS degree, and supportive boyfriend Kirk says things to her like "Try to think intelligently instead of like a girl." For Beach Boys fans, the best part of The Monkey's Uncle will be the film's opening credits, in which the fab five rock a frat party with Funicello on lead vocals. While they punch out the irresistibly catchy theme tune ("Love his monkeyshines/Every day his valentine/I love the monkey's uncle and the monkey's uncle's ape for me") the camera gets an skirt-level eyeful of the dance floor and lively footage of the original pre-Pet Sounds Beach Boys with their lovely guest doing what she's best at, namely being cute and singing silly songs. It's nearly worth the price of admission. FRED BELDIN
Posted by fc at 8:02 PM No comments:
Newer Posts Older Posts Home
Subscribe to: Posts (Atom)