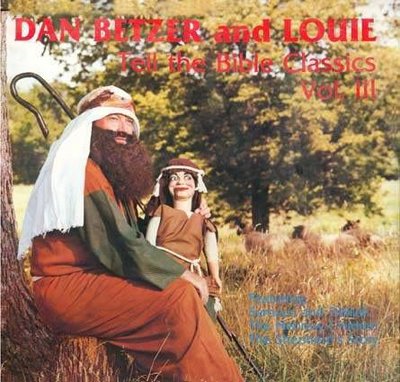 It was the schoolboy who said, “Faith is believing what you know ain’t so.” -- Mark Twain

Prayer and Praise Message Board
Church of the Undignified
Posted by fc at 9:49 AM No comments:

Next up, check out a weird lip-sync clip of the Amboy Dukes on some square TV show circa 1969 or so. Nugent is so high. And those poor go-go girls, doing their best to gyrate during the feedback freak-out solos, each of them just trying to make a buck and get discovered ... there's a million stories on You Tube. Who will ever have time to listen to them all?
Posted by fc at 5:27 PM No comments:

Tizzle is yo weakness.

Thanks to Killertree.
Posted by fc at 4:54 PM No comments:

Just for the hell of it ... a righteous blaze through the old Johnny Kidd & the Pirates hit channeled through an obscenely arousing collision of Motorhead and Girlschool. If you like that song, dig up this record for the ULTIMATE take on "Please Don't Touch" plus the hottest versions of overworked chestnuts like "Shakin' All Over" and "Milk Cow Blues" you'll ever hear. The Pirates proved they didn't have anything to prove long ago ... they are unsung in this country but you can thank those cats for shaping the sound of British rocknroll, influencing the influences that so many have aped lo these past forty years. And if you don't believe me, fuck it, go ask Deming, he'll tell you the same and probably has a book that he can cite as proof.
Posted by fc at 5:41 PM No comments: 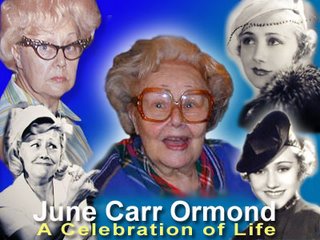 Psychotronic explains why this matters. 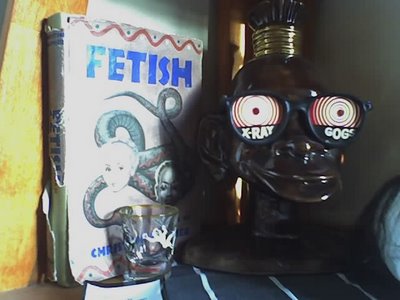 Willie Nelson has the man on his back again. 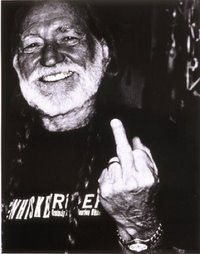 OK, here's the new law, everybody ... any man as righteous as Willie Fuckin Nelson who can get to the age of seventy-whatever without serving serious time should get the good ol' boy pass. He oughta have some sorta official state license to allow misdemeanors, that's all I'm saying.

But if they do try to stick it to Willie, maybe they can hire this guy to take his place. Who wouldn't take a bullet for Willie? I wouldn't. But there's gotta be someone who would, and that's the man I want to talk to. I can make you rich, dude.
Posted by fc at 5:59 PM No comments:

I'm posting this potentially-controversial image simply because I'm in a very good mood today and rare occasions should always be remembered. I don't think there's any better illustration of how I feel than this, except to add a pair of middle fingers and a hale and hearty FTW to pretty much everybody, and you know who you are. By tomorrow the ironic shots of starving African children, atom bombs and "Reagan as Hitler" will be back and we can continue as if nothing unusual transpired.

Been listening to the Larry Dirty seven-inch a lot lately ... one of the purest rocknroll records I've ever heard. This one's worth paying a few bucks for if you can find it. 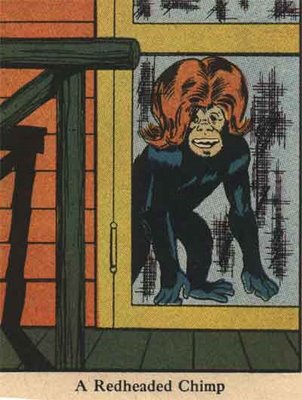 I can't remember, will Blogger kick you offline if you post pornography or what? Fuck it, since I don't know for sure, here's a picture of a redheaded chimp.
Posted by fc at 5:06 PM 1 comment: 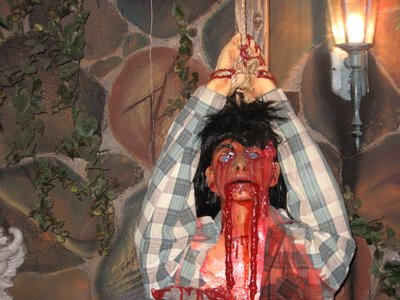 Lori and I had a fine housewarming blast last night, so thanks to everyone who made the scene. I got lit and stayed up late and played boss records and spent a hazy hangover morning watching THE DEMON LOVER and communicating with my far-out old lady. It's all I've ever wanted.

I nabbed a new gig writing Seattle tourist info for a New York publisher planning to expand their stable of "edgy" city guides. About a month's worth of work, so I may fade slightly into the mist for the next few weeks, and leave only the whiff of mystery in my stead. As the prophet says, "Fear not, and follow your own leader."
Posted by fc at 9:58 PM No comments: 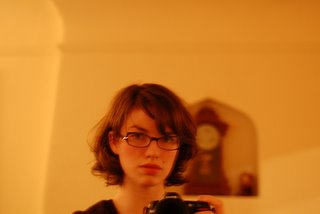 Last night another fruitful End Times session, marred only by our own mortality, hacking coughs, blurred vision and taste for indulgence. At left see Kate, spiritual leader and spokesmodel for the band, half girl and half woman in all the wrong ways, but a brave warrior for the rational faith movement. I first met Kate Chapman in Northern Michigan circa 1985 or so ... my family owned property in the woods thanks to a planned community called "Sugar Springs," a glorified golf course that portioned off lots of wilderness and built nice paved roads for convenience. Up that way was a large Amish population, and one local family had a roadside stand where they sold fresh eggs, butter, milk and baked goods to "the English" (as they called their non-Amish neighbors). My mother and stepfather became friendly with the Chapman family, a large brood of six boys and two girls, so we spent a fair amount of time at their farm. Being a sullen teen with an obsession for rocknroll and no interest in agrarian life, I'd usually spend these visits sitting in the family van and searching in vain for hep radio stations to occupy my fevered boredom. One little girl, being naturally curious and lacking regular access to the world of electricity, would always find an excuse to steal away from her chores to linger near the open window where I sat, never accepting my invitation into the vehicle but always hungry to hear more of that swinging beat, no matter what I played, and in those days pickings were slim ... April Wine, Bad Company, Journey, maybe REO Speedwagon if I was lucky, but little Kate Chapman was transfixed by it all.

I haven't been back to Sugar Springs in nearly 20 years, and my parents sold the property some time ago, but they've remained friendly with that Amish family and my mother exchanges cordial letters on a frequent basis with Kate's mom. So when we learned that Kate's Rumspringa was to be spent taking classes at Seattle Community College, my wife and I opened our home to her and became her official chaperones during this great worldly adventure. Little did I know that this shy Amish girl would prove so charismatic a performer, so naturally pure and unspoiled by the elements of modern life, so ready to give fresh, clean voice to a song of hope that the rest of us need so badly. Kate is currently undecided about how long this experience of living among the "English" will last for her -- perhaps she'll return quickly to the simple peace of her life on the farm, perhaps she'll find the pleasures of the world worth the scars they leave on the soul -- but til then I hope everyone gets to hear her sing.
Posted by fc at 9:52 AM No comments: 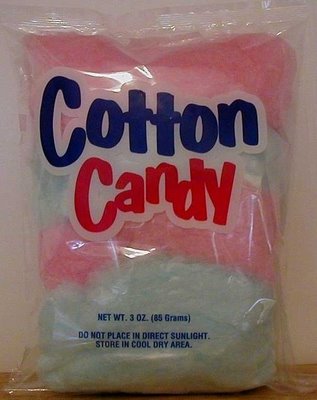 "Ladies and gentlemen, today I am selling candy so I can make money to buy more candy." 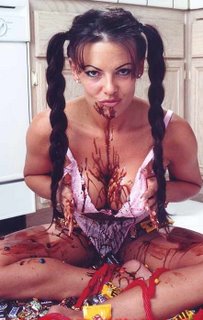 Candy is Awesome.
Posted by fc at 8:17 AM No comments: 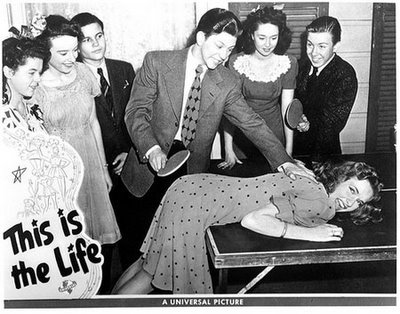 I remember what I was doing five years ago today ... I had just arrived in Seattle for a visit with future fiancee Lori, freshly discharged from my lousy copywriting job in Chicago and ripe for reconciliation. I made my first trip to Scarecrow, the world's greatest video store and scored a handful of high quality trash, including Snuff, Invasion of the Girl Snatchers and Sex Psycho (which AMG is too timid to include in their database). Lori had to work that Monday, leaving me with her VCR, a bag and a bottle, so I had the ultimate morning planned, until some stupid with a flare gun burned the place to the ground. My mother and stepfather were in the air that day, leading to several tense phone calls before finding them safe and sound in Minneapolis (true to form, my mother was more upset about the lack of hotel rooms than any potential apocalypse). After some six hours of obsessive NPR & CNN consumption, I was spent and finally decided to go ahead with my original plans, which were to get wrecked and indulge in the lowest form of American art ... while I must admit it was difficult to enjoy the sleazy aesthetic terrorism of my man Michael Findlay with so much real-life mayhem afoot, I did my best to muddle through, lest I allow yet another bunch of religious extremists to dictate my fragile, dwindling days.

Oh, by the way, no matter how many speeches blather on about freedom and sacrifice and freedom and true heroes and freedom and etcetera, the terrorists are winning. America has yet to look at itself with any kind of honesty since the tragedy everyone's talking about today, so we're doomed to expect more and more murder to be visited upon our shores. How d'ya like me now? Bring it on. Built Ford tough. Pathetic.
Posted by fc at 3:40 PM No comments: 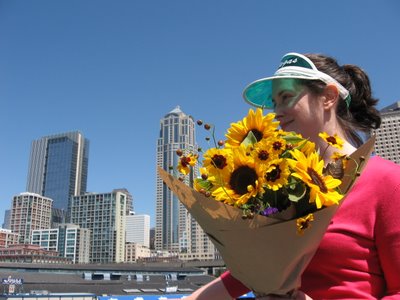 The Teen Girls' Abstinence/Etiquette classes are blazin' in Atlanta!
Posted by fc at 7:11 PM No comments:

For the love of AC/DC.

In my day, it was the AC/DC kids who did the stabbing. Usually the victims were wearing those flap shirts or talking about Duran Duran import singles. Time changes everything.
Posted by fc at 1:30 PM No comments:
Newer Posts Older Posts Home
Subscribe to: Posts (Atom)