Savage on the politics of the embrace.

My hugs mean something. They are not a handshake. They are relative to the moment and the person. Please do not be offended if I do not hug you upon every meeting/departure. And if I do hug you, please accept it as an honest gesture of my affection and esteem. Thank you.
Posted by fc at 9:27 AM No comments: 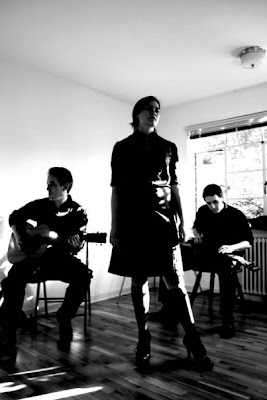 Recording the LP continues in a three steps forward-one step back rhythm, each advance revealing new challenges, but yesterday went smoothly enough and everything happened on schedule, so we can't complain with 14 songs in various stages of completion. Thanks to John and Jeff for cello and percussion.

The End Times play tonight at the Skylark in West Seattle, an all-ages show with four acts that starts at 7:00pm and costs nothing. We are slated for 9:00pm.

My toaster oven caught on fire before we left for the studio yesterday, and it turned out to be a good omen. This afternoon I had to kill a wasp with aerosol insecticide and it took a long time to die. What does this sign bode for our performance tonight? I don't know, but right now it smells like poison in my living room and I'm feeling a little light-headed. I'm gonna go open another window, I'll see you tonight if you can make it.
Posted by fc at 3:02 PM No comments:

Awoke with a relatively clear head this morning, my first in weeks ... the stars must have aligned last night, or perhaps the moon affected the flow of endorphin and serotonin in my brains, because I am feeling steadier than usual. I could attribute this even keel to the good news Lori and I received yesterday (details of which will have to be concealed for the time being), but as good as this news may be it's also potentially life-altering, so our stress level remains as high as we've known in recent months. I'd love to have the answer to my ever-shifting moods ... I could write a self-help book and clean up. Oh, and also be happy.

Tonight we take The End Times back to the Egg for another round of recording. Last week we had a promising start, but we have 16 hours booked over the next couple days so we'll have a much better idea of how the album is progressing by Sunday. Speaking of Sunday, if anyone is left in Seattle (er, West Seattle, actually, which isn't the same thing) over the holiday weekend, The End Times will make a personal appearance at the Skylark Cafe. Show starts at six, we're headlining at nine and all ages are welcome.

Also, if anyone wants to see the Melvins and Green River with Lori this Friday night, she has an extra ticket. I'm not going, I need to protect my delicate hear-holes ...
Posted by fc at 8:07 AM No comments: 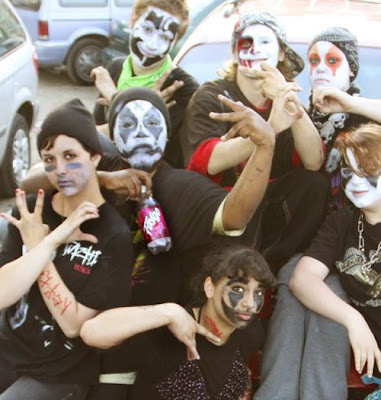 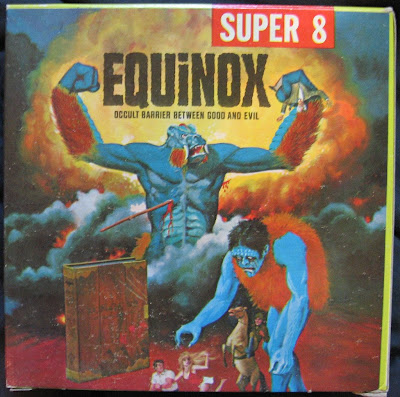 Via Everything Is Terrible.
Posted by fc at 3:06 PM No comments: 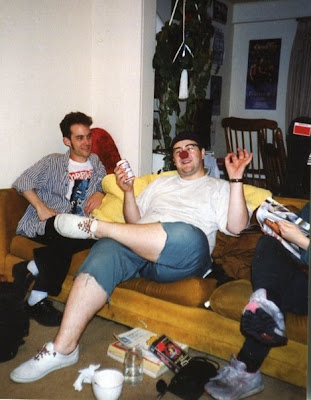 Happy birthday, genius. Because of that fuckin' song, I'll never forget this date. Are you lying about your age yet?
Posted by fc at 10:11 AM 1 comment:
The world's finest distributor of forgotten exploitation films, Something Weird Video, is now selling their wares as inexpensive downloads. While SW's penchant for stuffing their videos/DVDs with extras (vintage ads, trailers, cartoons and forgotten ephemera) doesn't translate in this format, the bargain price and lack of superfluous plastic makes this a hit in my house ... last night I nabbed Doris Wishman's masterpiece of repressed sexuality Bad Girls Go To Hell and the brutal-yet-touching Basket Case for $5.99 each. They both look and sound great, so why not call in sick to work today and explore the dark obsessions of generations past?

And if you're wondering what to get, may I suggest The Ghastly Ones, Gore Gore Girls or Nude on the Moon? You trust me, don't you? You should ...
Posted by fc at 7:11 AM 4 comments:

"I'm a big girl. I like to eat. So I'm kind of disappointed I have to go to McDonald's now." 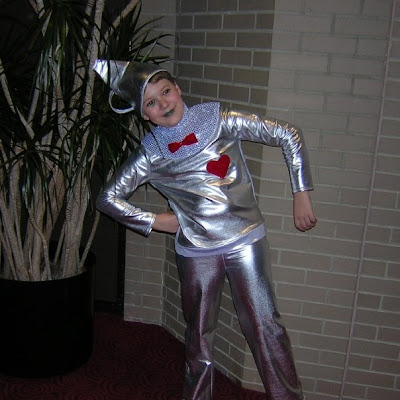 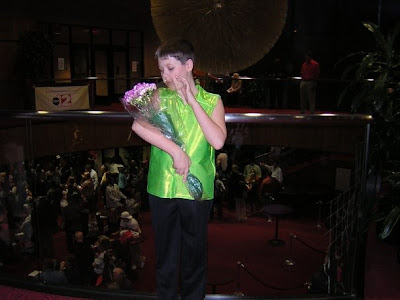 OK, this is making me feel a lot better ... photos of my nephew Brandon at a recent dance recital -- he's into ballet, and from all reports excels at it. He made it onto the Whiting Auditorium stage, the heart of Flint, MI's cultural center (that's right, smartaleck, and there's a planetarium too). As a child growing up I dreamed of performing there in some capacity, but the closest I came was being an usher for a production of Oliver! starring Rip Taylor.

I have very high hopes for this kid.
Posted by fc at 10:05 AM 1 comment:
Hey, good news, my insomnia is back so for the past few nights I've had more time to obsess about mistakes I've made, sins I've committed and people I shouldn't have trusted. Also I have to go to the dentist to have a permanent crown installed this afternoon -- when I got the temporary two weeks back it took three shots of novacaine before he got the needle in the right place to numb me, and I could still feel the drill.

So don't fuck with me. I'll return to posting amusing anecdotes and ephemera stolen from other blogs and news sources shortly.
Posted by fc at 8:38 AM No comments: 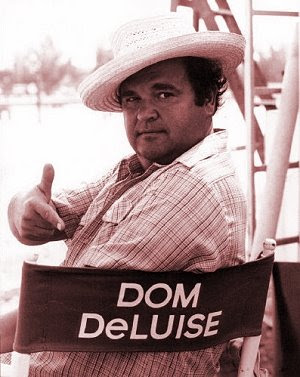 RIP
Posted by fc at 9:56 AM No comments:
Bob Log III was suitably demented last night, and I was surprised to see him draw such a good crowd on a Monday, a drunken, dancing crowd at that ... it makes me happy that Seattle can support something that eccentric, and at a class joint like the Crocodile, no less. Everybody else in the world has held forth on the "new" Crocodile, so I will too: it seems fine. Lori says it smells like sawdust. A double-Jack-Coke-back costs sixteen dollars, more than I paid to get in. Lori and I have a few warm memories of the old Croc -- New Years Eve 2002/2003 with the Monkeywrench in particular, but since then we've averaged one or two visits a year at best, so it's not as romantic a rebirth for us as it is for the townies. Anyhow, I often get disoriented in noisy, crowded rooms, unless there's a performance happening on a stage that I can focus on and that's usually only a small slice of any evening out, but I had a good time last night and Bob Log played my favorites, "I Want Your Shit On My Leg," "String On A Stick" and "You Wanna What?"
Posted by fc at 9:08 AM No comments:

I had my biorhythms mapped on Friday. My handsome naturopath stuck wires on my forehead and palms and then sadistically challenged me, grilling me on my colors like I was a kindergartner (I got them all right, by the way), making me count backwards by seven and recall traumatic childhood memories. The resulting data will be used to establish why I am whatever it is that I am, at which point we still won't know what to do, but at least we'll know how.

On Saturday I got loaded at the Little Red Hen with a couple other idiots, gossiped about each other for a few hours and then I walked home in the rain. Lori's been sick this weekend, not with swine flu as I paranoidly assumed at first, but with some benign yet still certain illness that kept her pretty homebound. We watched some 70s redneck/revenge-type thrillers, one of which pitted Jan Michael-Vincent against Kris Kristofferson (KK was the villain, a rare combination of alienated Vietnam vet and corrupt small town sherrif) while Bernadette Peters stands by and sticks out like a sore thumb. It's on Hulu, you can figure out the title yourself ...

Sunday we enjoyed a fruitful End Times practice, solving some puzzles and tightening some bolts on the songs we'll be recording over the next several weeks. It's totally gonna work. Lori was feeling better so we took a walk and stopped at a fancy CapHill-style joint on Greenwood where I had Canadian whisky for the first time in years and remembered why I only ever order bourbon.
Posted by fc at 9:04 AM No comments:
Newer Posts Older Posts Home
Subscribe to: Posts (Atom)