The new issue of Seattle Sound hit newsstands yesterday, so everybody drop what they're doing, run out and buy a copy so you can read my story about Brandi Carlile, the next big thing out of Ravensdale. It's a fuckin' riot ... lots of stuff about her years as a teenage runaway, studying law in prison, her bestselling children's book Billy and the Nude Man, her role in the 9-11 plot, her work with the cult deprogramming organization FAZE (Families Against Zealotry Everywhere) and coming out as a heterosexual to her friends in the Indigo Girls. It's truly the finest work I've ever done, and it's all because I had such a good subject. Brandi's gigging tonight at the Triple Door, an acoustic set that I wouldn't mind seeing but I can't even afford the well drinks there, so fuck that, we're checking out the Moondoggies at the Blue Moon. Do they still have those dollar cans of Budweiser?

It's a full weekend ... got a lot of writing to finish up, including a brand new gig with a national chain of restaurant magazines, you know, the free kind that are essentially advertisements for various local joints? I'm making a few paltry dollars writing about the head chef at some fancy eatery (I won't repeat their name here, since I'm already gonna be giving em 450 words worth of shill and that's all I'm gonna get paid for). What the hell, it sounds like a breeze, a couple good hours on Saturday afternoon oughta cover it, and I need the dough.

I interviewed Dr. Know from the Bad Brains last week, and that's my other assignment. Gotta churn out an article about an album I haven't heard yet from a band that, let's face it, hasn't really been relevant since 1989 (others would probably set the year closer to 1982, but even giving them the benefit of the doubt makes it a long time). That doesn't mean they can't still put on a great show, of course, and they're "legendary" enough to warrant a story on their latest return to the stage, but it would sure help to know what the new record sounds like. I just hope HR doesn't freak out and quit the band again until after my article is in print and I've cashed the check.
Posted by fc at 10:04 AM 1 comment:

The Moondoggies bow to the millennium by maintaining a MySpace presence, but the laid-back practice tapes uploaded as samples don't reflect the heat and dust these local youngsters are capable of kicking up on a good night. They cop hard off the Basement Tapes—era Band and clearly aspire to jammier heights, but solid songs and a hard rhythm keep the proceedings earthbound and dignified. It's as if some disgruntled Sunset Strip combo circa 1966 got sick of competing with all the Buffalo Springfields and Loves on the scene, built a time machine, and high-tailed it to a future where rock bands are scarce. Why else would they call themselves the Moondoggies, a moniker better suited to a Canadian surf band than anything close to hep? Because they're as old as our dads, that's why. FRED BELDIN

Dig the Moondoggies at the Blue Moon this Friday. I'll see you there.
Posted by fc at 9:53 AM No comments:

Yesterday I bought a laptop computer. You want proof? How about the fact that I'm using it right now, AS WE SPEAK, to write this post. Ha! Now get off my back.
Posted by fc at 2:29 PM 1 comment:

My recent urge to post videos found trolling through YouTube on my "blog" inspired this new space. Nothing more than me pointing in one direction after another with an infinite world of information at my fingertips.

Plus, this guy did it first, so I don't need to bear the burden of being an innovater. Innovator?

Posted by fc at 1:06 PM No comments:
A minor rehaul to The End Times Myspace Account. New songs, etc.

These go out to my man Bryan Bong:

And this one's for me:

Posted by fc at 8:14 AM No comments:
Moby Grape live on The Mike Douglas Show 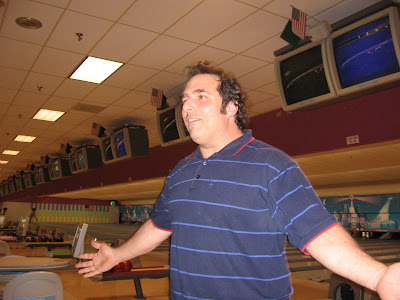 Dig a candid peek into the tightly-wound mind of Endless Jim, he of Ghetto Recorders in Detroit.
Posted by fc at 10:48 AM No comments:
Jack Lalanne Lays It Down.

Just got the nod to work up an article on the BAD BRAINS for when they hit the Sasquatch Fest in May, so I'm trolling YouTube for material ... there's plenty up there, including some bits from their CBGBs gig last October that don't make me very hopeful about their present or future. Let's focus on some triumphs, shall we? I assume that among Rock Thinkers I'm in the minority for preferring their metal-flavored 80s material over their admittedly more important hardcore-defining 70s thrash, but I got a copy of I AGAINST I and caught them live on the QUICKNESS tour at a particularly vulnerable point of my development, so that's that.

Well, I'm not thrilled that they called him "old as dirt" in the deck and I still say my original draft was better (I had a bout of email fisticuffs with the editor before we came to a compromise) but I did get to interview Rudy Ray Moore for the Stranger, so why complain? Check it out.
Posted by fc at 4:46 PM No comments: 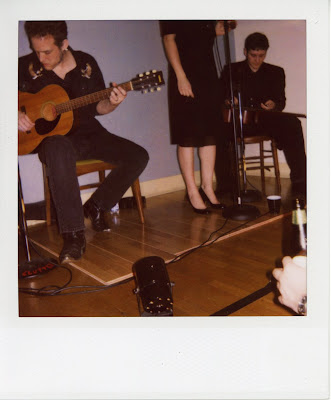 Saturday night's End Times revival was more than we could have expected, so thanks to all who came. It was enough of a success that my better judgement is telling me to quit while I'm ahead, disband and keep the moment safely encased in amber to avoid perverting our triumph with the inevitable disappointments that follow any endeavor. Unfortunately, I'm a weak little man without the strength of character it takes to abandon ship. We are all equally doomed.

We made a rough recording of the event that can be downloaded as a single 35-minute long 48MB MP3 here. All songs can be attributed to me except where otherwise notated.

Light In The Window (Soren Davis)
You've Got Ghosts
We're Not Safe Here
They Don't Know (Kirsty MacColl)
A Great Misguided Faith
The Angry Face of Truth
Stay Where You Are
Seven Years
Don't Count The Days
Posted by fc at 12:11 PM No comments:

Posted by fc at 12:03 PM No comments:
Another passive invitation for the few Seattle folk who watch this space ... Saturday night The End Times will present a full program of apocalypse ballads in an empty bedroom in the Montlake neighborhood. Email me for directions. It's mere days away, and you'd think that I'd be nervous, seeing as it's the first time I've played an entire set of my own songs in this decade, but I feel nothing but confidence. Of course, all this momentum will be challenged when our singer goes on a month-long sea voyage immediately after the "gig," but luckily broads are a dime a dozen in this town, so we oughta be able to find a temp pretty easily (the back pages of The Stranger are packed with ads for 'em). Transvestites are even more plentiful in Seattle, and most of them already have their own P.A. system and stage name, so we could go that route too.
Posted by fc at 8:23 AM No comments: 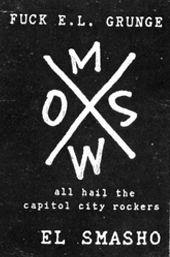 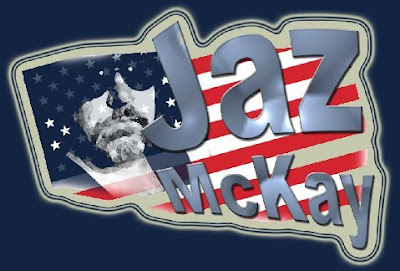 OK, so there's this genius named Jaz McKay, right? And he's on CNN today (dig it) because he's a right wing talk radio show host and he's raising hell because a local (Bakersfield, CA) soldier, a veteran, has a decal on his truck in which he begs God's forgiveness for the sins he committed in the course of his duties in Iraq. They interview the vet too, who says he's proud of serving his country and would do it again if he had to, but simply acknowleges that he was forced to commit acts over there that he construes as sins ... probably murder (manslaughter?), although the cat has enough respect not to put that fine a point on it. Anyhow, this Jaz fella is getting a lot of mileage out of it ... got his fans calling in to decry THIS VETERAN for essentially nothing more than exercising his rights to free speech and freedom of religion.

I checked out Jaz McKay's website because I, like anyone living in Lansing, Michigan in the late 80s/early 90s, remember him not as a right wing blowhard but as a self-consciously "wild" rock/shock jock. See, back then he was imitating Howard Stern, not Rush Limbaugh, and he was quite popular with the kind of folks who listened to morning rush hour radio (not me, although I did catch his show from time to time). He bounced around a few local stations for a while, because he was appropriately caustic on air and had as many foes as fans, and rumor has it (reliable rumor, but rumor nonetheless) that his final comeuppance was when he was caught by management doing crystal meth during his morning show. Fired and unemployable ... but that didn't stop Jaz McKay. He started a public access TV show, again a blatant copy of Stern, in which he held forth on assorted debaucherous topics flanked by a pair of scantily-clad young ladies.

This is where I come in ... a "rock" band that I held down the bottom for back in the gay 90s was asked to appear on a special edition of the Jaz McKay Show in which the topic would be the local Lansing rock scene. Specifically, did Lansing have what it takes to be the new Seattle? I know, I know ... remember, it was a simple-minded time and these were simple folk. We didn't care. My band, The Lemmings, was out to gig wherever we could, especially if it meant we might have a videotaped copy of the performance afterward, so even though we already considered Jaz to be a local joke we certainly weren't above appearing on his homemade talk show. Plus our spiritual leader Mark R. Deming, at that point the music writer for local alternative weekly The Capitol Times, was appearing on the show as well. So what the fuck, right?

A few days before the show, I got a phone call from Jaz McKay, who said he wanted to do a "pre-interview" with me, just to get my general opinions on the local Lansing rock scene. Now, like I said before, I have no proof that Jaz used drugs at this time. However, I have talked to speedfreaks and cokeheads before, and he had all the hallmarks. This guy talked at me for about an hour and a half, and the questions went like this: "So what do you think about the quality of the bands in Lansing? Because what I think is ..." Cue Jaz jabbering on a blue streak for ten minutes while I search desperately for a chance to speak. Next question. "Do you think the Small Planet is the best venue in the city? Because what I think is ..." And so on. Get the picture? I listened, my jaw agape, not believing the luck I had to have a washed-up local celebrity on the phone spewing opinions in the deluded belief that I cared what he thought. It was a gloriously bizarre experience.

The show was retarded. We didn't play that well and the sound was bad, so it's not the best representation of the band (after the show one of the bikini girls was overheard complaining about us -- "I mean, I can handle Metallica, but that was just NOISE!"). Still, I've held on to a videocassette of that episode for years now, and I'm moved this morning to dig it up. These days Jaz McKay openly bashes long-hairs ... fifteen years ago he was one. Check out his website, particularly his rant on the downfall of American culture, which has no shortage of punctuation mistake's and other Errors. 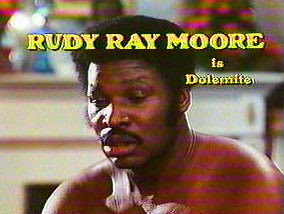