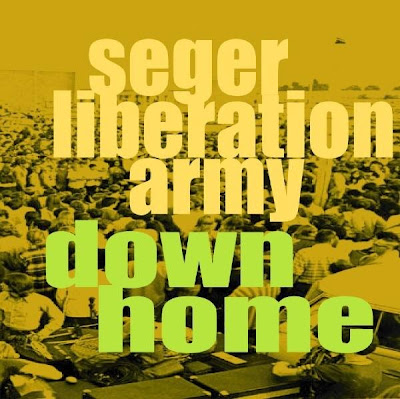 I haven't seen a copy yet, but it looks like it's out ... according to
Big Neck Records, the Seger Liberation Army CD is now available for purchase. From their MySpace blog:

"Tom Potter (Bantam Rooster, Dirtbombs, Detroit City Council), Jim Diamond (Dirtbombs and nameless other bands), and the rest of the boys Fred Beldin (Clutters and El Smasho), Nick Lloyd (Bantam Rooster), finally decided to finish their opus to that grand master of garage Rock n Roll, Bob Seger! Gleaning the archives of the Seger System, our boys pulled out the gems of the pack and brought them steamrolling into the 21st century with a louder, more brash sound, with the energy of today's garage rock, and finally, with loads and loads of beer.

We have compiled here the 4 songs from their first 2 singles and now 4 new crazed rockers sure to get you off your butt and dancing the minute you hear that 'Eddie was unsteady on the levee' and keep you going until they get to the end of their 'Florida Time.'

UPDATE: You can dig the title track at the Big Neck MySpace site.
Posted by fc at 8:33 AM 43 comments:

Today marks the fourth anniversary of my second wedding to Lori ... we discussed the first six months back, the legal wedding that provided me health insurance, but four years ago today was the public ceremony in my mother's backyard that sealed the deal for family and friends. Not everything went right ... the "pig roast" we requested turned out to be just tinfoil containers of roasted pork (not the same thing at all) and the vegetable trays from Whole Foods were lousy. But Mark Deming performed the ceremony for us and afterward Mike Rodriguez threw one of the best parties I've ever been to in our honor, where The Steve made a rambling speech about love in which he quoted Pink Floyd without irony or self-consciousness (as is his way).

Lori and I haven't planned any kind of profound celebration, as our life together is just one outstanding, exciting moment after another, so it's hard to top our everyday existence. Especially on a Thursday. But we'll do what we can. I love you, Lori ...
Posted by fc at 8:48 AM No comments:

The Royal Guardsmen performing their immortal hit "Snoopy vs. the Red Baron." These guys are still at it forty years later.
Posted by fc at 5:57 PM No comments:

My musical tastes were shaped by Dick and Dave ... when I first started going to FBC as a dopey 19 year old they were intimidating, a pair of crotchety ex-hippies who didn't seem to have much use for me or the lousy records I was buying. But Dick and Dave have an eye for which of their young customers were seriously interested in music, and after repeated exposure to me spending hours combing through their library and buying odd combinations of genres, they warmed to me and began suggesting better records. I can still remember Dave trying to talk me into not buying a GG Allin single, showing me a number of other records with equally filthy lyrics but higher "artistic" values -- of course, I bought the Allin disc anyhow and I don't regret it, but I appreciate his attempt at saving me from myself.

And I swear those guys would deliberately price collectible vinyl ridiculously low just to find out which of their customers would gasp and then run to the counter. I bought a copy of Back in the USA by the MC5 autographed by four of the five for a paltry $12, and it wasn't until after I'd made the purchase that they told me the record had originally belonged to Ted Nugent (they could have tripled the price, advertised the record's provenance and I still would have bought it). And I learned about country music from their dollar bins, which held fabulous records that simply wouldn't sell for full price in a college town -- scratchy copies of live Merle Haggard and Buck Owens records that I ended up spinning obsessively.

It was a badge of pride among my circle to be asked to fill in at the store on Saturdays, a shift I held on and off for a year or two. They'd either give you cash under the table or the equivelant in vinyl, and I usually took the records -- after a full day of shifting platters and eyeing the current stock, it was difficult to think of the rewards that mere cash could provide. It was my old roommate Jon Howard who ended up becoming the sole full-fledged employee, however, still there today (that's him in the video, the cat with the short grey hair). Hiya Joho!

Anyways, if you end up in East Lansing you ought to go there.
Posted by fc at 5:49 AM No comments: 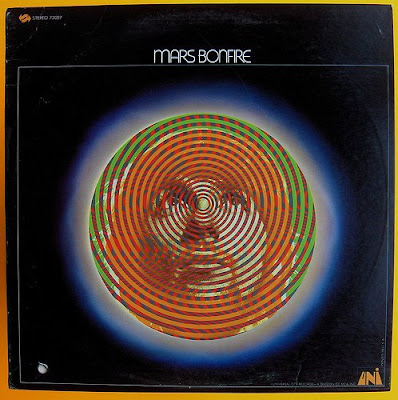 Mars Bonfire earned himself rock & roll immortality, not to mention lifetime royalty checks, for penning Steppenwolf's inescapable classic "Born to Be Wild," that eternal anthem of would-be bikers and weekend hellraisers worldwide. The power of the song has been blunted over the years, thanks to endless cover versions (including a duet between Ozzy Osbourne and Miss Piggy on the Kermit Unpigged album), and ironic use in sitcoms, films, and TV commercials. A listen to Bonfire's own recording of "Born to Be Wild" on this solo outing can remind one just how powerful the song really is. Bonfire's take is druggier than the balls-out Steppenwolf hit, a slippery psychedelic tone without the dramatic dynamics and steamroller rhythm. It's still an upbeat rocker with twisting fuzz guitar leads, but Bonfire's vocals suggest a college kid dropping acid at a house party, while John Kay makes the same lyric into a threat. Bonfire didn't possess the macho bombast of his ex-bandmates; his self-titled debut is a lost masterpiece of introspective psych-pop full of great tunes. The lead track, "Ride With Me, Baby" lays out everything on his mind with a groovy, dirty, Sunset Strip vibe. Bonfire manages to get out lines like "the beautiful thing has fallen thru with cancer, death, deformity" without sounding clumsy, and he catalogs his worries, woes, and hopes over six minutes of overdriven organ and guitar. "Night Time's for You" is another great rocker, a rather sinister celebration of the dark, while "Sad Eyes" and "Christina's Arms" are sweeter pop numbers. Even at his most sensitive, Bonfire never drifts into the ether, keeping things grounded in hard rock instrumentation, so that even ballads like "Tenderness" and "How Much Older Will We Grow?" are loud, full-band affairs. Bonfire's talent as a songwriter was obvious to Steppenwolf, as they would go on to raid this album for a full four songs over the course of their career ("Tenderness," "Ride With Me, Baby," and "The Night Time's for You" all appeared on For Ladies Only). This debut was repackaged a year later with a different track order as Faster Than the Speed of Life, but Bonfire was unable to net any hits of his own, and he retreated into private life. FRED BELDIN
Posted by fc at 12:50 PM No comments: 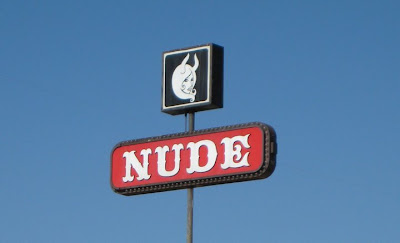 Thanks Unca Jesse.
Posted by fc at 10:42 AM No comments:
Three of the eleven songs recorded by the End Times at Egg Studios are currently on display at our MySpace page. Specifically:

"I Couldn't Stop Laughing" – a true story based on a movie

"Eye On The Storm" – a lesson in accepting the unacceptable 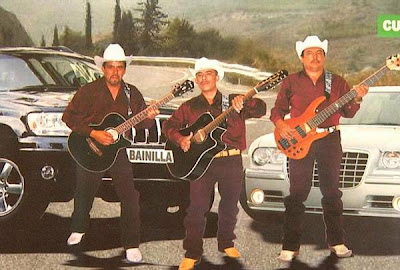 The leader of a popular Denver mariachi band is in jail, accused of holding another band member at gunpoint for hours after the man said he was leaving to join another mariachi band.

For the past several years, Berrelleza has led Toros de la Sierra, a three-man mariachi group that plays at restaurants, bars and private events along the Front Range.

Ervey Ruiz, 52, the bass and guitar player, told Berrelleza in early January that he no longer wanted to be part of the group and was joining another mariachi band, according to police.

Ruiz told CBS 4 News that he had tired of the band's hard-partying ways. "Every day these guys drink, drink, drink," he said. "I go to practice every day; they drink."

It was after a practice in a northwest Denver home that Ruiz told band leader Berrelleza of his plans to move on. Berrelleza "became angry and told the victim he was not going to let him leave," according to a police affidavit. The band leader allegedly pulled a pistol on Ruiz, "pointed it at him and told him he was going to kill him." the affidavit said.

The affidavit said Berrelleza held Ruiz at gunpoint for five hours, threatening to kill him the entire time.

The third member of the group, Jesus Uvaldo-Uvaldo, said he was at the home at 3743 Inca St. during part of the fracas but couldn't remember much.

Police say after five hours of threats, Berrelleza fired two to three shots into the ceiling. At that point, Ruiz said he grabbed the band leader's hand, trying to wrestle the gun away. When the gun flew out of Berrelleza's hand, Ruiz fled.

The next afternoon, detectives executed a search warrant and found a magazine for a .45-caliber pistol, a .410-gauge shotgun, a box of 9mm ammunition, seven bullets, four bullet casings and one spent round. Officers also said they noticed bullet holes in the wall and ceiling of the basement room.

Ruiz says he is much happier with his new band.

Berrelleza is being held in the Denver jail on $100,000 bail. He is due in court Thursday for a preliminary hearing. He declined to be interviewed for this story.

***Thanks to the good folks at the Goner Records Bulletin Board for pointing my way to this all-too-familiar story.
Posted by fc at 3:19 PM No comments:
Have another stick of gum, man, you look better already.

Hey everybody, guess what? It turns out that the greatest song ever written is "Motorhead," by Motorhead. Yes, it is, and I have proof! Download this LP, listen to the song ten times in a row like I just did and you'll see what I mean. I ain't felt this good for an hour ...

Wait a minute, maybe the greatest song ever written is "On Parole." I guess it doesn't matter ... it's good to be free again, it's good to be me again.
Posted by fc at 1:56 PM No comments: 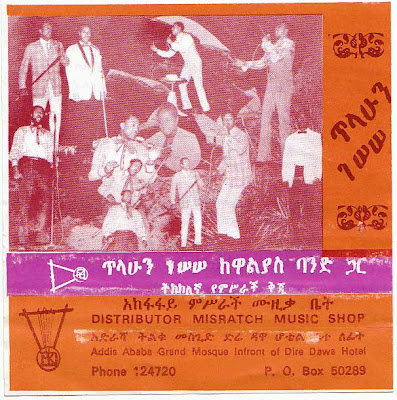 Heavy vibes available now via Awesome Tapes From Africa.
Posted by fc at 11:49 AM No comments:
In an effort to avoid eye contact with my fellow bus passengers, I've been rereading Fast Food Nation over the past week or so. I've also been craving McDonalds hamburgers (specifically those bargain-priced double cheeseburgers) every time I open the book. I believe this could be a significant insight into my psychological makeup.
Posted by fc at 8:37 AM No comments:

It may no longer be news to anyone, but Bo Diddley is dead. In recent months I've been listening to a lot of Diddley, mostly Black Gladiator (as usual) but I've also gained a new appreciation for his primitive early sides -- "Bring It To Jerome" is truly hypnotic, that one burrows deep and can follow me for hours. Thanks to Jeremy for dragging me out to see the man a couple years back, I never would have gone on my own without a free ticket. When it comes to rockandroll pioneers, I've seen Jerry Lee Lewis, Chuck Berry and Bo Diddley perform live, and Bo was the only one who didn't disappoint, even if he spent the whole show sitting down.

Over the weekend I did little aside from booze it up, dig some soap opera action and contemplate ... rebuilding has begun.
Posted by fc at 10:31 AM 1 comment:
Newer Posts Older Posts Home
Subscribe to: Posts (Atom)