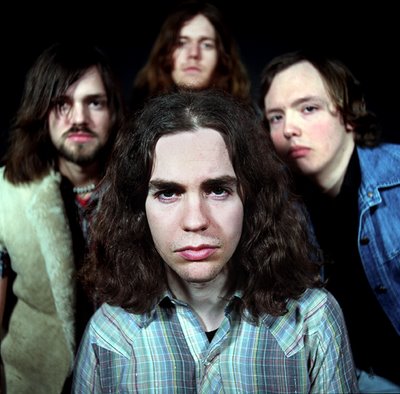 Okay, it's official, I know what I want to do for my birthday. November 20th, 2006 at the Sunset Tavern, all the way from Sweden, WITCHCRAFT will make a very special performance of righteous bloodshot raunch, Sabbath-damaged stomp and all. Who dares to share this experience with me?

anyone looking for a mail-order bride?

Hello!
I am Nataly. To talk about my personal qualities I`l try to look at
myself from aside. So I`m a feminine, charming, romantic and sweet
girl. Yet as a person I am open-minded, easy-going, kind-hearted. From
the very beginning I try to behave naturally. I dislike lie and
hypocrisy. Kindness and decency are the qualities that are very
important for me and that`s why I value them in myself. I love my
parents very much as they have given much to me and I am grateful to
them.
I have some questions for you if you want to get to know me closer:
1/ Are you interested in serious relations with Russian woman?
2/ Are you planning to visit Russia?
3/ Would you like to correspond or to talk by phone?
4/ Why are you interested in Russian lady?
5/ Have you ever been to Russia?
6/ What is important for you in relations and am I right for you?
I will be waiting for your reply to
(email address deleted to protect this girl's privacy - ed.)
Hope you will tell me about yourself,
kisses from Russia,
Nataly
Posted by fc at 10:35 AM No comments:
Well, I finally did it. Lori and I got cellphones last weekend, so now I'm just like the rest of you assholes, more connected to the grid than ever before. All I need now is a tattoo, some piercings and a cock-reduction operation and I'll be the average American man. 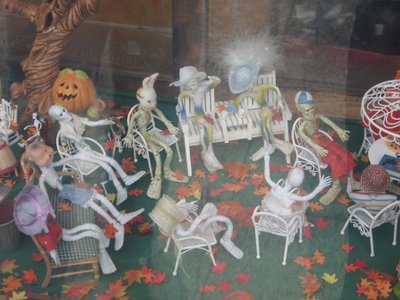 Wild collection of exploitation one-sheets and pressbooks.
Posted by fc at 7:18 AM No comments: 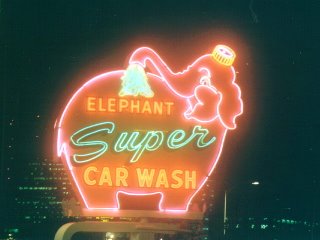 Writing for this Seattle guidebook has got me contemplating my relationship to the city after three and a half years ... being a corn-fed midwestern dame myself, never been nowhere else except Florida (which don't count), coming to Seattle was an exotic experience. I had never been to the Left Coast when Lori moved here, and my first extended visit was a solo cross-country car trip that expanded my world in a major way. Since relocation, I've enjoyed the rainy winters, the steep streets, the ubiquitous homeless, the way riders thank the bus drivers while disembarking. I like the still-not-quite-big city vibe that lingers despite cultural, technological and economic achievements no one ever expected from a former rough-and-tumble port town full of drunken sailors, prostitutes and gold rushers. There's as much art as Chicago, as much rock as Detroit, as much employment as Lansing, as many cops as Flint, and as much weed as Ann Arbor. Plus my wife, of course, which was all I needed to commit myself to "the next Minneapolis." Things get more comfortable here every year, and aside from the people I've learned to love along the way, I haven't spent much time thinking about why I like it so much. And now some jokers from New York City are paying me to. I'm easily the luckiest man in the world.
Posted by fc at 6:57 PM No comments: 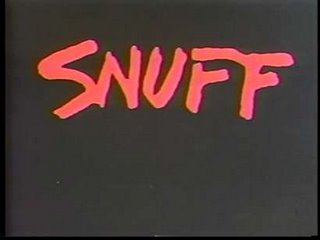 This wild, amoral film is one of the most cynical cinematic hoaxes ever pulled on the public, and was, unbelievably, a success. Snuff debuted on screens in 1976 after several weeks of pre-release publicity which suggested that the film's carnage was genuine, real live murders caught on camera in South America, "where life is cheap!" Outraged citizens, staunch feminists and even law enforcement officials descended upon theaters that dared to show the picture, but vigorous protests and ongoing investigations only ensured sell-out crowds who had to see for themselves. What the movie-goer got was a barely-released 1971 exploitation film (originally known as Slaughter) made by the prolific grindhouse team of Michael and Roberta Findlay. The forgotten footage was dusted off by producer Allan Shackleton and a brief new conclusion was filmed that depicted the "director" of the previous 75 minutes murdering and disemboweling a female cast member. Snuff was presented without credits of any kind to further aid the suggestion that the film was indeed a criminal enterprise, though even the casual viewer will see through the scam. The gore effects of the climax are particularly juicy, but no more convincing than the average splatter opus, and the sequence is professionally edited in a manner that is inconsistent with its claims. What causes genuine discomfort is simply what Snuff is trying to achieve, convincing the audience that everything they've just witnessed is real and that there is pleasure to be gained from that belief. It's a truly ugly notion, though one that gore film buffs might want to ponder for themselves, so for them Snuff is a must-see. Disregarding the bizarre machinations of the Monarch Releasing Corporation, the original Findlay footage will entertain sleaze addicts who are already familiar with the strange, sick style of the husband-wife team. Their film (which was indeed lensed in Argentina) is chock full of hard drugs, brutal sex, casual blasphemy, and even some suggestive cow milking. The action is punctuated with transparently fake, yet still gory murders and a raw psych-rock soundtrack that pulsates with fuzz organ, inept guitar riffing and bongos. A seriously warped sense of time and post-dubbed dialogue adds an awkward surrealism, and the budget is so low that when the story calls for a scene in a police station, the Findlays just put a desk in the middle of a driveway and carry on as if nothing was amiss. While those with tender hearts should never even get near it, Snuff is compelling degenerate cinema that holds genuine historical interest for its role in helping to spread the urban legend of "snuff films," the existence of which has never been verified and remains in debate. A videotape release is now out of print, so this infamous atrocity remains obscure, but not extinct. ~ Fred Beldin, All Movie Guide

UPDATE 10-10-2006: Snuff is currently available on DVD and not difficult to find. Like you were gonna go look for it. Coward.

For a far more thoughtful piece on Snuff, click here.

Fringe Underground's History of Snuff
Posted by fc at 5:30 PM No comments:

An editorial concerning Seattle's Black Metal scene ...
Posted by fc at 9:54 AM No comments: 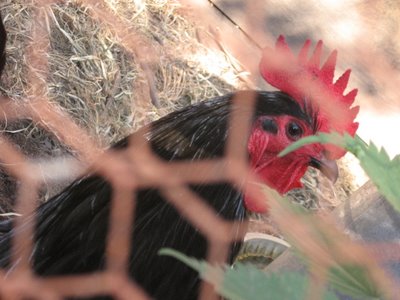 The mean rooster.
Posted by fc at 8:15 PM No comments: 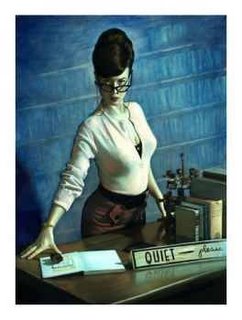 So what is it with Seattle and drag queens?

I got excited this morning to learn that one of my favorite films, Faster, Pussycat! Kill! Kill! (click the review button to learn just how much I love it) is to be shown at the Egyptian Theatre October 21st as a midnight movie. Not only that, but Tura Satana herself is going to be making an appearance in celebration of the film's 40th anniversary. A chance to see it on the big screen and be in the presence of one of cinema's most charismatic, intoxicating leading ladies? I was thrilled, until I realized that the event is part of Seattle Lesbian & Gay Film Festival. I have no problem watching this film amongst an audience of queens and dykes ... this is Seattle after all, whenever you go to the grocery store you're surrounded by leather daddies, so homophobes don't last long in this city, and besides, the fact that gay film buffs are putting on the show is even more proof that homosexuals have better taste than breeders.

But why must we have one more "outrageous" transsexual as emcee? Some fella what names himself "Peaches Christ" (no link, you can Google him) is hosting the gig, and like Dina Martina, Gaysha Starr, Ursula Android, Jackie Hell and any number of dolled-up wannabee stand-up comics before him, he'll be strutting the boards spouting dirty jokes about supermodels, preaching to the choir about conservative politicos and cracking wise about drugs and loose sex. Yawn, I say. Far be it for me to ruin everybody's fun, but I say yawn.

Cool down, trannies ... I'm as bicurious as the next guy, I love all of Divine's movies (except Lust in the Dust, that one just tried too hard), I've always had fun at Dina Martina's X-Mas shows and one of the first times I got drunk with my future wife I ended up in a dress and there are pictures to prove it. But here in Seattle the drag queen is ubiquitous, and to this jaded heart, boring.

Then again, Tura's gonna be there. Who wants to get tickets with me?

Interview with Tura Satana
Posted by fc at 9:55 AM No comments:
Newer Posts Older Posts Home
Subscribe to: Posts (Atom)