I'D RATHER DRINK THAN FUCK

I was in a deadly mood this morning until "Alcohol" by Gang Green came on my Ipod ... I am always cheered by lyrics like "You got the beer/We got the time/You got the coke/Gimme a line." I'm glad I haven't been given the same alcohol vs. sex ultimatum that Gang Green apparently faced back in 1985, but it's always heartening to see young people who are willing to make sacrifices for their principles.
Posted by fc at 10:06 AM No comments: 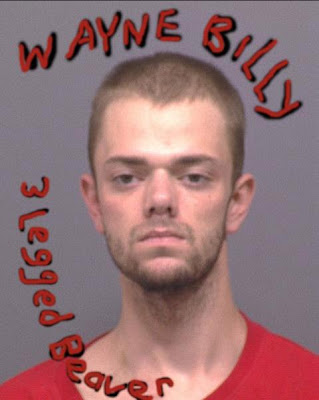 It's the latest thing to lose your mind to ... Wayne Billy, a father/son "drum solo augmentation" band from Eureka, California. Listen now, because in twenty years everybody on the radio is going to sound just like this.
Posted by fc at 5:05 PM No comments: 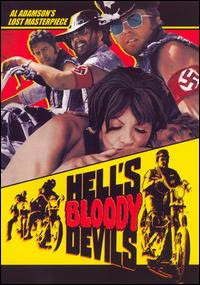 Drive-in auteur Al Adamson cobbled Hell's Bloody Devils together in his usual waste not, want not spirit, and even if the result is more incoherent than his other patchwork productions, it's brawling, brainless fun nonetheless. It is easy to see how indiscriminating audiences might be fooled by the assemblage of cool spy thriller and hot-blooded biker fantasy; if one isn't paying close attention (not unusual at drive-in theaters), Adamson's ruse is nicely spliced, with team player Vicki Volante serving as a bridge between the separate stories to simulate cohesion. However, producer Samuel M. Sherman has lovingly restored the full version of Hell's Bloody Devils for DVD release after over 30 years in limbo, and modern audiences watching the film in their homes without distraction will immediately see the seams strain. Aside from Volante's character, the titular biker gang and the Nazi counterfeiters have no interaction whatsoever, and the cyclists' sleazy activities (including LSD orgies, rape, and motorist abuse) exist only to pad time and add exploitation value. That said, Adamson was a director who could always substitute energy for logic, so Hell's Bloody Devils is as vigorous as it is nonsensical, with a great music score that buzzes with fuzz guitar and spy-theme clichés. Along with Volante, the cast is classic Al Adamson stock company, with Robert Dix as a biker named "Cunk," Kent Taylor as Nazi royalty, Broderick Crawford and Scott Brady as the FBI, Greydon Clark and Gary Kent as thugs, plus John Carradine as a bird-shop owner with secret information for the hero. KFC icon Col. Harland Sanders' cameo ("Isn't that the best chicken you've ever tasted?") was exchanged for free lunches for cast and crew over the course of the shoot, proving Al Adamson to be an early pioneer in the now-pervasive art of product placement, a cinematic crime far worse than exploiting the public's taste for sex and violence. FRED BELDIN
Posted by fc at 5:56 PM No comments:

This is the greatest.

Phil Spector and Boyce & Hart guest star on I Dream of Jeannie ... "Out and About" sticks cellos into bubblegum and takes a strong stand against boredom, giving voice to tween rage with lyrics like "Stayin' in day out and day in/Wishin' I was outside playin'" and "Magazines are torn and tattered/Runnin' out of reading matter." I'm gonna start a band just to cover this song.

You can watch the whole episode on Hulu. Totally essential.
Posted by fc at 5:16 PM No comments: 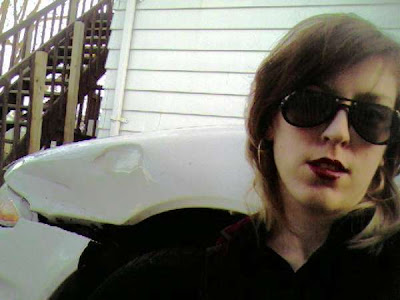 Not the best or worst birthday I've endured, but certainly stressful in its own peculiar way ... the absence of one digit from an address caused my workload to triple at the office, and a family member's illness across the country threw a pall over the day that never completely lifted, even as I forced myself through a pint of Jack Daniel's and stuffed myself with pie (that was one of Lori's gifts to me, a different pie every day for the entire week). We had a productive End Times practice, after which Abi and I ate crabmeat and lemon tarts (that sounds like a euphemism, but it isn't) and discussed the nature of reality, or something, I don't really remember. Lori bought me a USB turntable to convert vinyl LPs into MP3s, so if I can figure out which plug to stick it in I might be able to finally share with you some of my rarest records, such as Evangelist Bobby Stanley & Family, Hypnosis for Weight Control, Snake River's "Cat Trap" single and Dracula Presentation Record. Give me, what, like a month?

Noelle (pictured above) visited Lori and I last weekend, so that served as a pre-birthday party for me. We three enjoyed a relaxing few days, marred only by a hit-and-run accident that the girls were involved in near Ballard ... nothing to worry about, no injuries and merely minor damage to the car, but the fact that someone clipped Lori trying to pass her and never turned back sure blackened our outlook for a while. Luckily, by the next day the sun was back out and Noelle and I were drinking in the afternoon and talking about sex and cocaine like usual, so everything turned out fine.

NOTE: The illustration used for this blogpost does not represent the actual auto accident that Noelle and Lori lived through. The damage to our black Scion was minimal compared to the white whatever-it-is Noelle is posed beside -- this photo was stolen from her MySpace page for purely thematic reasons.
Posted by fc at 9:20 AM 2 comments: 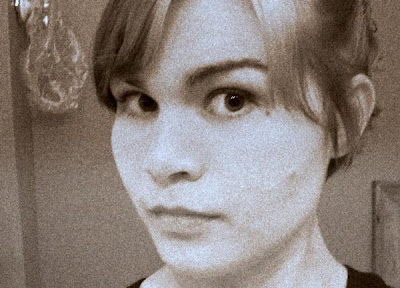 Say hi to Abigail. She's the new singer for the End Times, a recent graduate from Evergreen who left the Capital City for the sad, aging starlet that is Seattle and somehow found her way to Tyson and I. We recently recorded a few demo tracks which you can hear here, on our MySpace page. They came out very nicely, and we're to debut publicly at the Blue Moon Tavern on December 18th (my wife Lori's birthday, no less -- thanks, baby!). Abi still needs the perfect black dress (don't we all?), but she's otherwise ready to jump in feetfirst.

Abigail, the daughter of two United Church of Christ ministers, is a practicing pagan and student of shamanism and bellydancing, which conveniently relieves me of the task of making up some sort of amusing backstory for her. She's been performing her own songs publicly since she was 14, and her last project was a metal band, so she knows how to do those death metal throatgrowls (again, Abi, this is just a little too easy). She has some of her own songs up for grabs on her MySpace page -- I suggest you start with "Nightingale for Grandpa," that's the hit.
Posted by fc at 1:48 PM No comments: 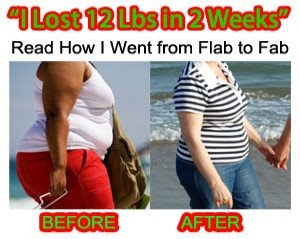 Lori found this ad on YouTube yesterday ... not only will you lose weight, but you'll become a different race.
Posted by fc at 1:24 PM No comments:
I feel great today. No other news to impart. I’m guessing a full night’s sleep is to blame, along with an overall leveling of karmic energy … the universe shines on me and I accept its affection with humility. Thursday evening the End Times heads back to Egg Studios for a quick session with Ethylester #3, and this round could be the charm. Abigail had big shoes to fill, but they’re already a little tight on her … she snapped into place with Tyson and I with surprising speed, and while we still have plenty of work to do, I’m more confident than ever that we’re back on the road. We debut publicly in December ... more on that soon.
Posted by fc at 9:08 AM No comments:

A redheaded girl sat next to me on the bus this morning, put on her IPod, placed her hands in her lap and started playing a very small, inconspicuous air guitar to whatever she was listening to. Nary a word nor even eye contact passed between us, but I think I had a crush on her for about three blocks.
Posted by fc at 8:56 AM No comments: 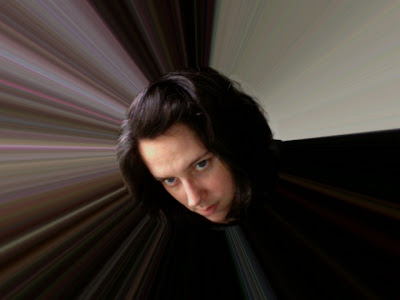 My wife, in the future. Well, the near future, anyhow.
Posted by fc at 2:07 PM No comments:
Despite my election day cynicism, I must admit that I found President Obama’s acceptance speech to be moving, honest and downright presidential. This is the first time in my adulthood I’ve believed that a top-level politician was telling the truth, or at least the truth as he sees it. Of course, watching a man through a television screen is no way to judge his character. So Obama still has to prove he can live up to all these hopeful feelings he’s generating, and sure, it’s very possible that he can. But he’s no Lincoln yet. Let us keep our eyes clear and let history decide what kind of pedestal to place him on.

In the meantime, for those of us who voted that way, don’t get smug. Half the country voted the other way, and their feelings are no less valid than ours were when Kerry lost. America is still evenly divided and until we learn to accept the existence of opposition and stop trying to stamp it out, nothing will be accomplished.
Posted by fc at 9:59 AM No comments:

If you haven't already, don't forget to Vote NO today. Obama or McCain? Seriously, can you even tell them apart? Scratch out their names and write in "NO." You know the whole thing is stupid, right?

Reject the premise. Don't ignore it, IGNITE it. Declare your dissent. Take the first step toward freedom by openly deriding a corrupt system. Let the USSA pretend to count everybody's vote and announce a pre-determined winner, but make sure they know that the people are getting hep to their con. Don't ever forget, everything anyone ever tells you IS A LIE!