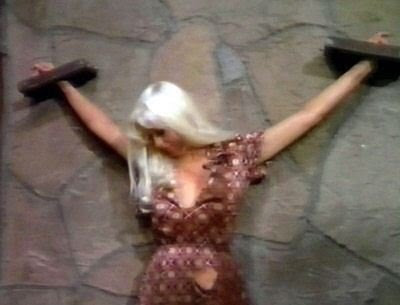 Help Me...I'm Possessed has the logic of something written by children, but its wealth of psychosexual kinks renders it unfit for youngsters. The plot manages to meander and remain utterly static at the same time, and leans heavily on genre-standard whippings, beheadings, and dismemberment for its cheap thrills. New lows in low-budget special effects are reached whenever the mad doctor's monster (which looks like a mop dipped in cranberry juice) attacks the hapless, gore-spattered cast members. Exterior "castle" sets appear to have been shot at a putt-putt golf course; flimsy stage flats painted with rectangles suggest sturdy stone walls. Screenwriter and star William Greer gnashes his teeth and seethes with bad vibes in a truly jarring performance as the mad Dr. Blackwood. Much of the cast is professionally adequate, even if none of them seem to know what's going on. Pierre Agostino is suitably creepy as a mute, one-eyed chauffeur, and might be better known for his work with cult director Ray Dennis Steckler in Las Vegas Serial Killer and The Hollywood Strangler Meets the Skid Row Slasher. As seedy as it all is, Help Me...I'm Possessed is so unrelentingly unusual that it never gets dull, and every five or ten minutes some new absurdity takes this wildly colorful spook show into a deeper, weirder place. Those in search of unique cinematic experiences should keep an eye out for this worthy obscurity, which also goes under the amended moniker The Possessed. FRED BELDIN
Posted by fc at 12:09 PM 1 comment:

The voice behind this blog, Chris Rosebrough (who also runs the Extreme Theology website), pulls no punches in exposing the blasphemies that modern Christian churches commit in the name of fundraising and pew-filling. He's as offended by the hypocrisy as any secular skeptic, but the perspective is very different and makes for a bracing read.
Posted by fc at 9:26 AM No comments: 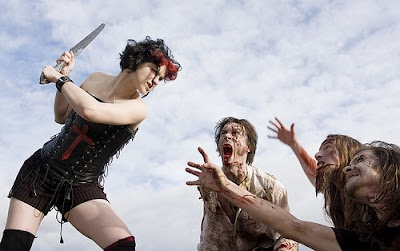 Where else but Missoula, Montana can you find a company that makes serious weaponry for battling zombies? Zombie Tools can outfit you with the proper blades for the upcoming apocalypse of the undead. Julie says they aren't kidding, not even a little. If you really love me, you'll get me the Urban Bone Machete for my birthday.
Posted by fc at 11:41 AM No comments: 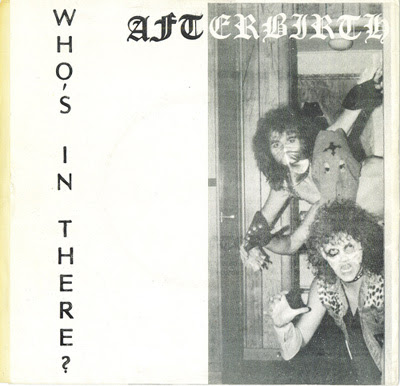 Who's In There? The Mysterious Saga of AFTERBIRTH

I got this record for a song back in the Gay Nineties. Etch Magazine editor Norman Bates bravely chose to "go digital" and sold his comprehensive collection of hardcore seven-inchers, and I got first crack. I remember nabbing a choice Flipper single, a pair of rare GG Allin recds and this bizarre item by a Tawas City, Michigan band called Afterbirth.

Words fail me when I try to describe this decidedly amateur high school punk/metal act ... they're clearly shooting for that GG/Mentors/Boom and the Legion of Doom schtick, but my guess is that these were good kids goofing, not future lifers. Surreal toilet humor, adolescent in-jokes, willful obnoxiousness and rhymes that aren't just forced, but pummeled into place -- Afterbirth sound bratty when they go for evil, and menacing poses in the family rec room don't help matters.

I was inexplicably thinking of this record today, did a quick search and found that Terminal Boredom covered Afterbirth last year, a good article about this mystery plus MP3s for the curious. Anyone with an anthropological bent to their music choices should investigate.
Posted by fc at 1:16 PM 1 comment:

OK, I'm not so hip to internet viral sensations, so maybe this is something everybody else has already seen and forwarded to each other (I found it through Metal Inquisition), but Sonseed provided me with a great deal of pleasure yesterday morning ...

Apparently it's sweeping the nation, thanks to Doug at Dougsploitation, who not only posted the decades-old videotape on his blog but also endured baffling accusations of fraud from folks who found this Christian ska band too amusing to be true. Check his blog for the whole story, plus a great collection of vintage TV Guide magazine graphics and sleaze film reviews.

Today is the first official day of Fall and I couldn't be happier. Summer 2008 was the worst, and I'm glad to be rid of it. Some great things were born among the turmoil, but I've always been an Autumn person. Dead leaves, grey skies, cold wind and my birthday, that's where it's at. The End Times Organization is slowly getting back on its feet and the Blacktree Singers 7" record has been approved by upper management, so the world doesn't look quite so pointless anymore ... still utterly pointless, no doubt about it, but at least I'm back to sharpening my weapons.
Posted by fc at 8:54 AM No comments: 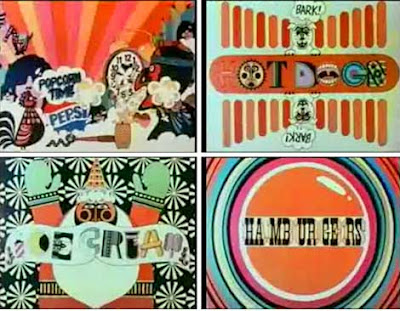 I can't recommend this collection of counterculture-baiting adverts hard enough. The Jefferson Airplane shilling for Levi's, the Iron Butterfly urging hippies to try Ban Roll-On, plus Coca Cola spots from the Easybeats, Troggs, the Left Banke, the Vanilla Fudge, Bee Gees, Moody Blues ... they're mindbending enough to make you suspect fraud, but word is they're genuine, and they're not a drag, I repeat, not a drag. It's reassuring to know that youth culture leaders sell out their own kind no matter what generation we're talking about.

"The world would be an empty, shallow place without Stretch Levi's." Thanks, ChrisGoesRock!

UPDATE: Turns out there's another six volumes of this stuff out there. If you think you can absorb any more, check the July 2008 archives of Chocoreve, a great music blog stuffed with heavy obscurities.
Posted by fc at 5:23 PM 5 comments:

Richard Pryor and the Pointer Sisters are unstoppable in this clip from one of my favorite movies, Car Wash. Blessed be the tithe ...
Posted by fc at 6:31 PM No comments:
In case anyone is interested, I found an adult book store on Aurora Avenue here in Seattle that actually sells adult books. Along with the standard DVDs, dusty toys and inhalant drugs, they also stock a vast library of sexually-explicit paperbacks, all between four and seven dollars. They appear to date back to the 90s and earlier, a few crumbling titles well into their late twenties. If anyone is looking for a copy of A Thing For Latinos, I can hook you up. Email me a want list and I'll do what I can. They also have several racks full of pornographic VHS tapes, most lacking the protective/decorative boxes -- this only makes them seem dirtier, and a handful are clearly homemade dubs, which promises all sorts of illicit and inadvisable thrills.

Anyways, my birthday/Christmas shopping for the next year is already done.
Posted by fc at 6:15 PM No comments: 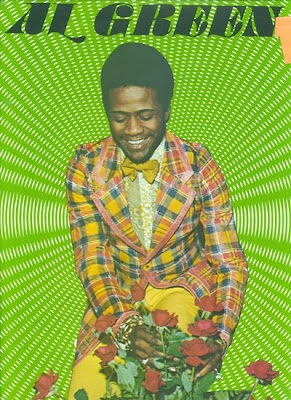 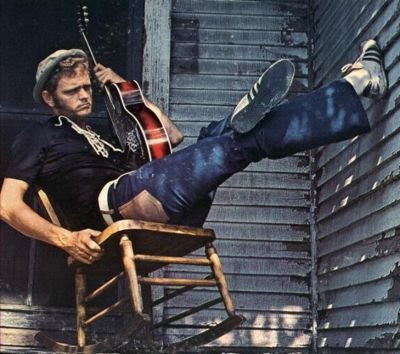 This is the greatest. Fresh-faced teens cover the Dead Kennedys at the school talent show. Totally adorable.
Posted by fc at 3:54 PM No comments:
Newer Posts Older Posts Home
Subscribe to: Posts (Atom)