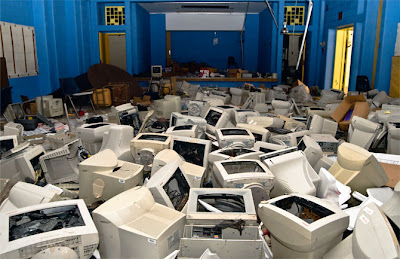 Getting off on the ruins of Detroit
Posted by fc at 5:57 AM No comments: 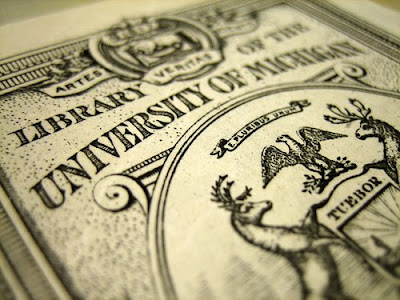 Today is Lori's first day of work. It took us ten days to get to Michigan, then another four to get our furniture and etceteras moved in -- all that time in hotels took its toll, both financially and spiritually. The Scorpion vs. Tarantula Ghetto sessions were kinda righteous, we did 16 songs in three days and I still have blisters. Finally got to see Scarlet Oaks, about half a set's worth, anyhow. Bourbon sold in gas stations, smoking sections in bars and restaurants, everybody driving everywhere all the time, endless miles of road clogged by construction that never gets done, bottle deposits, state income tax ... it's a lot to drink in all at once.

Hello to everyone I left behind in Seattle. A couple more days and I'll have it together.
Posted by fc at 12:01 PM No comments:

So for the 7.25.2009 End Times performance, Tyson arranged to have the show recorded, but the soundman didn't hit the right button until the very end of our set. It's extra vexing because the tape turned out pretty good, so if you're interested in hearing 2 1/4 songs ("Cursed With Hot Blood," "Got Caught Waiting" and "Stay Where You Are") from the last End Times show, you can download the MP3 here.

Lori and I spent a few days driving up and down the Oregon coast, and we're currently holed up in Missoula, Montana, visiting Bryan Bong, his old lady Julie and their genius son Manuel Mars. After that we high-tail it to Michigan and expect to hit Ann Arbor somewhere around Monday. We'll call you when we get in.
Posted by fc at 7:39 AM 1 comment: 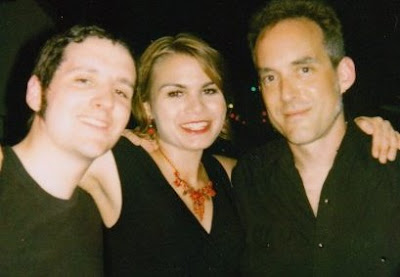 The End Times, post-finale hugfest
Goodbye, ladies. We're really gone now, on the Oregon coast (Depoe Bay at this moment), still not sure what we wanna do with the next ten days before I'm due in Detroit. As I expected, I'm experiencing mixed feelings about the move and as relieved as I am to be finally finished with our business in Seattle, I'm still mourning a very fruitful period in my life. While living in the Emerald City, I:

1. Wrote a handful of articles and numerous reviews/previews for the much-lauded gay-themed alternative weekly The Stranger. Interviewed Rudy Ray Moore and Greg Ashley.

3. Performed every song from the Damned's debut LP (Damned, Damned, Damned) for a Halloween show at the Funhouse with a band that featured a former member of Cat Butt.

6. Put together a choir and played bass in a band that included pretty girls in skimpy Santa costumes.

7. Fried bacon for the first time. That's not a euphemism, I hadn't actually done it before. I also helped roast a pig, had to pry its rigor-mortised mouth open while someone else pulled the tongue out. This at seven in the morning after three hours of hungover sleep. It was surreal.

9. Got married, twice, to the same woman.

10. Recorded dozens of songs at Egg Studios with Conrad Uno at the helm.

Since eleven is my favorite number, I'll leave it there. There's way more I could add, but eventually we'd be getting into more personal territory (new friends, bitter fights, confusing relationships) and some things I still need to keep close to the vest. I have loved Seattle despite the city's tendency towards smugness, insincerity and bleak weather ... I am better in many ways because of it.

Posted by fc at 9:25 AM No comments:
Newer Posts Older Posts Home
Subscribe to: Posts (Atom)