A good weekend ... Lori and I actually went to the fuckin' mall on Saturday, like real people do, and bought pillows at Target. We took a long, healthy walk to Ballard to drink in a trendy wine bar (in which everything was made out of white plastic, including the patrons) with a batch of librarians that we never actually caught up with, thanks to a few inexact text messages. Times rehearsal on Sunday was a bit sluggish, but we also started clearing debris out of Kate's backyard in preparation for our August 25th recital (details of which are forthcoming).

But most of the weekend revolved around a spectacular boxset of films I grabbed Friday afternoon. Fifty films for fifteen bucks, and fifteen of the titles I knew right off the bat were jake ... lotsa Spanish sleaze like the incredible Voodoo Black Exorcist, Trauma, Werewolf Vs. The Vampire Woman and Vengeance of the Zombies -- Oriental-flavored blaxploitation via TNT Jackson and period-piece funk courtesy of Jive Turkey and Black Hooker -- the unique German television thriller Spare Parts -- an utterly maddening Mickey Rooney overdose called The Manipulator -- bottom-feeding classics like Don't Look In The Basement!, Invasion of the Bee Girls and the Santa-slaying British slasher Don't Open Til Christmas -- retitled Italian shockers courtesy of Dario Argento, and much more, including a few titles I've covered in the past like Legacy of Blood and Snowbeast. Many hours were spent trolling through this fine collection, and I've barely cracked the surface. Best find so far has got to be Wisconsin auteur Bill Rebane's 1987 action comedy Twister's Revenge, which steals the Knight Rider talking-car conceit and uses it for a monster truck.

It's been refreshing to be without internet at home. We can steal a little wifi now and again, but otherwise we're connection-free. So to all I owe emails to, I'll be a bit more diligent during the week when I have work-related internet access. Maybe I'll even start using the phone again ...
Posted by fc at 10:24 AM No comments: 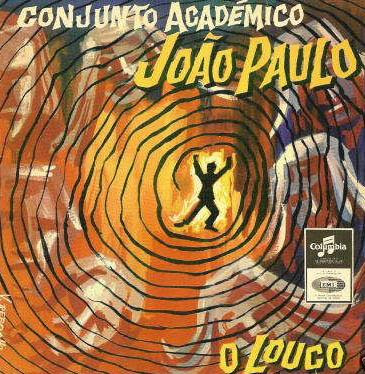 Lotsa primitive fuzz pop to lose your mind to. You're welcome.
Posted by fc at 10:19 AM No comments:

WHY I THINK SPEAKEASY SUCKS.

I am officially free of Speakeasy as of today ... easily the worst, with frequent service outages, secret fees and confounding policies. After they were bought out by Best Buy a few months back there was zero reason for hanging on -- their status as an independant local firm was gone and so was I. But then I learned from one of their friendly phone support people (infuriatingly, Speakeasy staff are unfailingly polite and apologetic about any problems) that since I was locked into a contract it would cost me more to pull out early than to pay for two more months of service. In the meantime, I had to call Speakeasy three times to report service outages, an absolutely obscene lack of utility from a company I didn't even want to employ.

Today I sat and waitied on the phone while the service fella's computer slowly loaded up the necessary forms to process my cancellation. He asked me why I was cancelling and I pointed out how much awkward silence we had just endured together on the phone while his lousy computer huffed and puffed and struggled to complete the task he had given it. "Even the computers you use at the Speakasy office suck, how can the internet service be any good?" I asked. He remained unflappable, but offered that I might have a point. Then he told me he couldn't uncover the genesis of a mysterious $150 charge that appeared on my bill and it would take some research. I told him to take his time, I wouldn't be paying it anyway.
Posted by fc at 9:29 AM No comments: 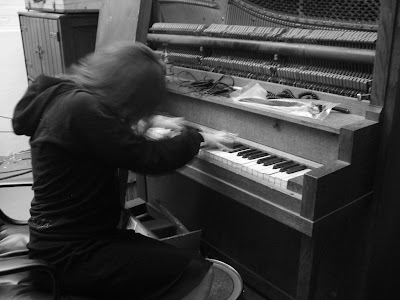 We're in South Dakota right now. Everything went great. More soon.
Posted by fc at 8:53 PM 1 comment:
Hi Anonymous. Your comment made no sense. No rock and roll in that last post. Still, I hope you feel better.
Posted by fc at 8:28 AM No comments: 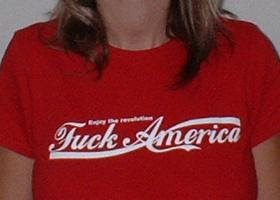 That's right, I said it. Right now my grandmother is being forced to watch The Simple Life because it was getting too hot for her outside, so they brought her wheelchair inside the air conditioning where the tee vee is blaring. Sometimes this is a damn ugly country.

Otherwise, Lori and I have had a fine visit, for those who are following such things. More soon ...
Posted by fc at 1:21 PM 2 comments:
Newer Posts Older Posts Home
Subscribe to: Posts (Atom)