OK, so that's me getting a little closer to being a contributor to The Stranger's Line Out blog ... they never got around to posting the lengthy blog/video deal I put together for my GG Allin piece, but at least this Coven video roundup made it to the website, even if I'm still not quite official. Of course, you can also dig all this noise at Frenzy of the Visible. So, you know, hail Satan or whatever you wanna do.
Posted by fc at 1:54 PM No comments:

Recent activity on Frenzy of the Visible: Jack Palance and Martin Landau as psychotic killers and a full set of mid-Michigan hardcore action circa 1987. Coming Soon: Coven.

My current big, big project is interviewing and writing about artisan cheesemakers from San Franscisco for a fine dining magazine. Mostly I'm just excited that one of them is called Cowgirl Creamery.
Posted by fc at 12:51 PM No comments: 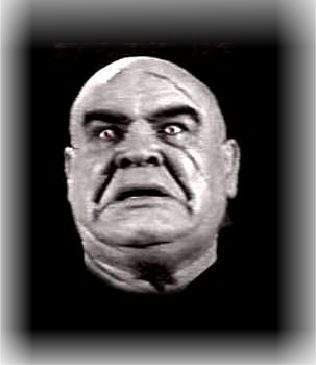 I'd like to take a moment to recognize the Old Time Horror and Sci Fi Radio Library for their important work. This fine collection of vintage ghost stories, noir mysteries and bizarre fantasies provides the essential mayhem and surrealism I require to relieve tension and keep everything in perspective while I endure the trials of the long, sluggish day.

The Inner Sanctum has been a favorite since childhood, plus there's assorted Arch Obler, Vincent Price and Boris Karloff plays, even the infamous Mercury Theatre War of the Worlds -- find out yourself how Orson Welles conned millions into believing that Martians were invading the East Coast. And two, count 'em two, stories about women magically turning into cats, with terrifying results! Do you dare?
Posted by fc at 10:46 AM No comments: 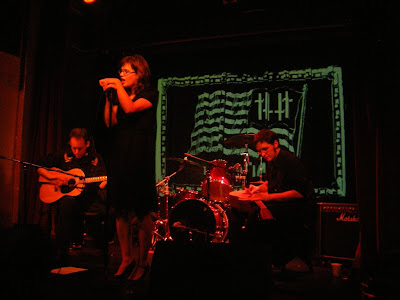 Dig The End Times at the Jewelbox Theatre. I don't know how Tyson managed to take our photo and play slide guitar at the same time ... he probably has a computer or a cell phone that does it for him. I'm not surprised by anything anymore. Anyhow, it was a great show. Thanks to Keg!
Posted by fc at 1:52 PM No comments: 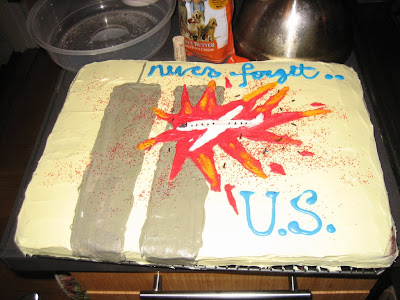 The selling point for Boss, the new LP from East Coast noise nerds Magik Markers, is that it's their first with actual precomposed songs. Let's face it, that's hilarious. After trimming down to a duo, the band forsook the unrelenting sonic violence of their infancy for a crisp postpunk/pop approach that still swarms with the same tensions under a (relatively) conventional surface. Guitarist Elisa Ambrogio's icy vocals consider desire's destructive hunger, while drummer/multi-instrumentalist Pete Nolan draws from his cobwebbed solo project Spectre Folk to fill the remaining space with buzz, creak, and hiss. Taking this leap into linear songsmithery could be the boldest step possible for a band so identified with improvisatory sound. Such maverick spirit suggests Magik Markers might be capable of anything. FRED BELDIN
Posted by fc at 3:06 AM No comments:

Yesterday was an intense series of highs and lows that I just barely endured with my dignity intact. Feeling as dour as ever, I was shocked into momentary good spirits thanks to an utterly unexpected and generous gift from a close relative which will allow the Old Lady and I to make it all the way to Hawaii (and back) at a date to be named later, not to mention secure the proper equipment for my musical pursuits and probably a few other sundries as well. First stop, the record store, where I purchased every Captain Beefheart title in the racks that I didn't already own (which was only two) plus the equally-outre Bat Out Of Hell by Meat Loaf. Second stop got more complicated, as I found myself snarled in traffic for what seemed like hours (which was only one), destroying my mood as quickly as it had been buoyed, proving once again that money cannot overcome despondency. Teeth ground, oaths screamed into the womblike privacy of my Scion, hands clenched into fists, brow furrowed and my body shook with useless rage.

A few drinks at the Comet later, where I listened to Jeremy spin tales of his new life as a carny (only a few weeks on the job and already a co-worker has threatened to stab him in the neck), I was feeling better, since my responsibilities behind the wheel were passed on to Lori. Then I got the news that The End Times had been offered a position next Wednesday, October 10, at the Triple Door's Musiquarium, a fine venue for us and a welcome invitation. Practice was fine despite Kate's nagging illness and my besotted state, then I walked in the rain for an hour contemplating the radical mood shifts that I still can't control but am finally able to identify and even chart to a certain degree. A late night, which I'm paying for now and will likely pay more for tonight when we mount the stage at the Rendezvous, but still a day worth documenting.
Posted by fc at 11:54 AM No comments:

First off, a collection of vintage ads from the Soviet Union.

There isn't much else to say. The weather has been dark grey for weeks now and so has my mood. So back off.

I'll be in slightly better spirits on Wednesday, October 3 when The End Times open for Keg and Megasapian (yep, that's their name) at the Rendezvous/Jewel Box Theater. Real seats, man. It's gonna be a blast. We set up our chairs at ten.
Posted by fc at 10:15 AM No comments:
Newer Posts Older Posts Home
Subscribe to: Posts (Atom)