HOUSE ON HAUNTED HILL
Cinema showman William Castle's best films are imbued with an infectious sense of mischief that overcomes deficiencies, and House on Haunted Hill is no exception. An excellent vehicle for star Vincent Price and one of Castle's most beloved concoctions, this lightweight ghost story is lots of fun even without the director's trademark theater gimmicks. Price is in prime form, alternating between pure ham and quiet subtlety, able to express a macabre notion simply by arching an eyebrow. Co-star Elisha Cook Jr. has only one task here, to look shell-shocked and mutter predictions of doom, and he performs it with twitchy, sweaty aplomb. The rest of the cast is serviceable, with only ingenue Carolyn Craig standing out via her shrill shrieks and stilted line readings. Castle directs House on Haunted Hill to be spooky rather than frightening, with floating skeletons and flickering candlelight, but a few ghastly images of acid baths and hanged women slide in for the E.C. Comics crowd. Campy and creepy in equal measures, House on Haunted Hill deserves its status as a horror classic. FRED BELDIN


Bob Log III, Monday, May 4th at the Crocodile. His new LP is called My Shit Is Perfect. Remind me to go, I've been meaning to check him out live since I first heard School Bus, and Lori wants to see this too so we stand a good chance of making it.
Posted by fc at 5:59 AM 1 comment: 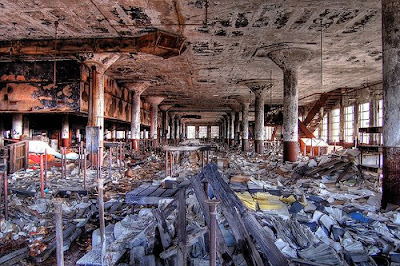 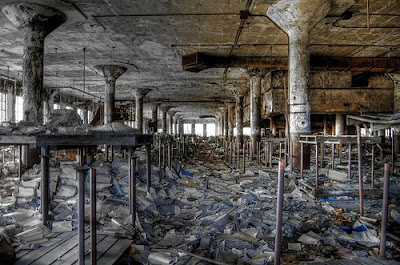 Here's Tales of Tomorrow, a sci-fi TV series from 1952, broadcast live as was the custom back then. Most of the plots revolve around scientists making mistakes or dabbling in areas mankind was never intended to dabble ... this one concerns a scientist with failing eyesight who builds a robot to read to him (it's adorable), but in another a scientist (Rod Steiger, no less) discovers a formula that enhances hatred and aggression in people and stores it in the fridge next to the leftovers, another builds a tape recorder that can capture the voice of anyone in history (even Jesus!) and yet another scientist invents a horn that "calls sinister forces." A primitive pioneer of territory later explored by Twilight Zone, X-Files, and Fringe, so if that kinda stuff gets to you, take a look.
Posted by fc at 1:51 PM No comments: 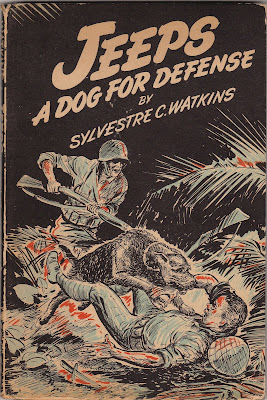 One of my favorite books as a child, no lie ... a hand-me-down from my mother, who received it as a little girl during WWII when her own dog was called to service. Charmingly dated now, as its casual use of the term "Japs" (with their "tricky ways of fighting") proves, but damn it, there was a war on! It's an exciting story brimming with matter-of-fact patriotism and there's plenty of pictures, action shots of Jeeps protecting tanks and saving wounded soldiers. 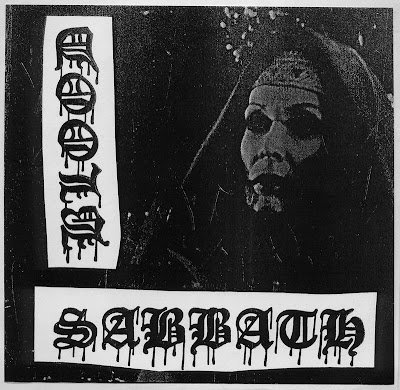 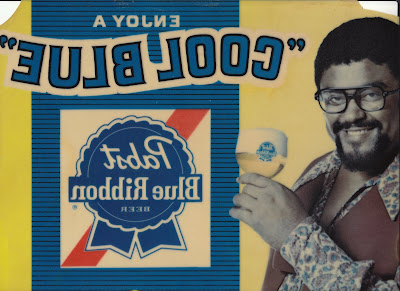 Posted by fc at 4:39 PM No comments:
Lori saved a life or two Friday night ... we were crossing a street about 6:00pm, and she was the only one to notice a car carelessly making a right-hand turn directly into the path of a petite older woman walking an even-tinier dog. Lori let out a shriek that got everyone's attention (even the driver) and the car stopped mere inches short of crushing the pedestrians. I was so proud. This wasn't a high-velocity situation, so perhaps the woman only escaped some painful injuries, but that dog would have been mashed flat.

The rest of the weekend was fine despite a few snags. The End Times return to Egg Studios at the end of May to start making the greatest record of our time, so I spent several hours mapping out the logistics. We got our new printer/scanner up and running (see below -- lots more wrinkled fliers and faded photos on Facebook). Watched The Pit and the Pendulum for the first time -- one of Corman's best, how have I not seen it before? And I've been following my naturopath's advice, so that means breakfast, whether I want it or not, and wouldn't you know it, force-feeding myself first thing in the morning really does make a difference. Next step is cutting out stimulants and getting regular exercise and then maybe I'll turn into a real boy.

Today is Adolf Hitler's birthday and we're going to a barbecue tonight. I don't think these two facts are related.
Posted by fc at 9:12 AM No comments:

Wow. Thanks, Deming. This one is NSFW. 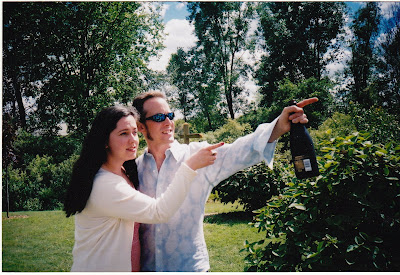 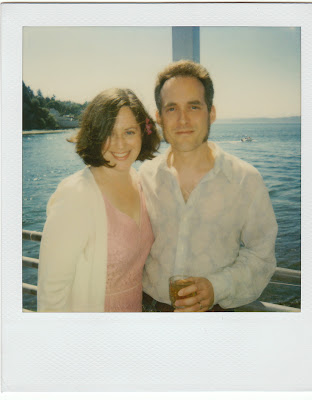 Someone else's wedding day, but we're wearing the same outfits. 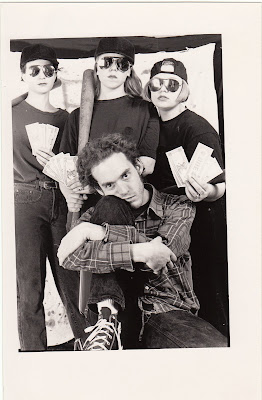 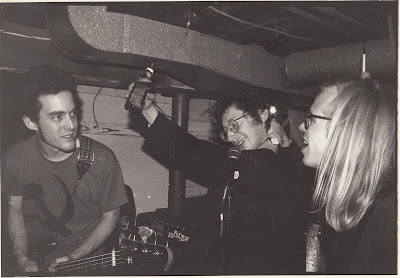 Lori and I have a new scanner, and this voting-aged photo is the trial run. Wait til you see all the ridiculous stuff we got in the vault. Lemmings were a short lived basement rock band, post-Blue Boy and pre-El Smasho ... note Deming's beer.
Posted by fc at 5:52 PM No comments: 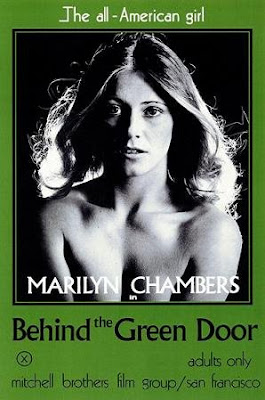 Safe at home now ... BTGD helped to spawn not only the pornographic revolution, but also a short-lived star-crossed love affair in my life. Was I 22 years old at the time? Let's say 22, I lived in a big house full of students in East Lansing, MI and would occasionally watch TV with one of my female roommates. One night I brought home a few videos including BTGD, and when she found out what I had scored, she insisted on putting it on. The experience of watching an erotic film (especially one that aroused rather than amused me) with a platonic female friend was a strange one. But pleasant, apparently for both of us, as from then on she would always ask "what porn did you get?" whenever I'd return from the video store, and as I usually had some, we'd watch it together. I don't need to elaborate on what eventually transpired (although it really is a great story), suffice to say it took both of us way way too long to finally get around to what we wanted to get around to. A month later we moved into our own apartment for the summer and began the most aggravating, sexually dysfunctional love relationship I'd ever know. Looking back, it was all worth it. Thanks, Mitchell Brothers!

The Freedom From Religion Foundation's Freethought Bus Sign Project includes quotes from the likes of Richard Dawkins, Mark Twain, Clarence Darrow and ... Butterfly McQueen? Who knew she was an atheist icon? She's more adorable than ever now ...


More about the song poem phenomenon here and here.

UPDATE: Turns out WFMU had song poems on their mind yesterday too.
Posted by fc at 3:01 PM No comments:

The End Times laid down a few raw demos in the wilds of Auburn over the weekend ... you can check out "Cast Your Wisdom To The Wind" and "Stay Where You Are" on our Facebook page (click on the "boxes" section if you're not familiar with the set-up). Other than that, nothing happened over the weekend. Apparently the weather was nice.
Posted by fc at 9:44 AM No comments:

Dudes, I totally fucked up and seriously BLANKED on April Fool's Day and now Lori's mad because I didn't get her anything. Are there greeting cards for this kind of situation? I gotta buy something or I'll be sleeping on the couch for a month ...
Posted by fc at 6:46 AM 2 comments: 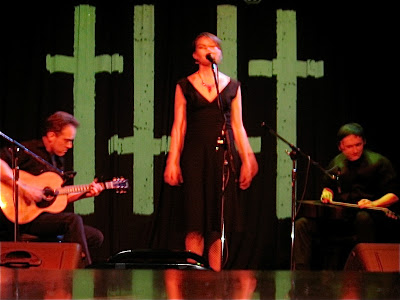 This is how we sounded last night.
UPDATE: Tyson's camera is better, but not as accurate ... 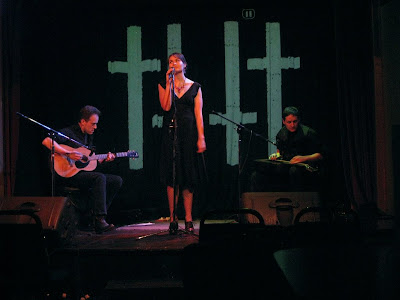