While I refuse to ever truly relinquish a mood, I'm in better spirits this week. Lori and I are seeking rental and/or purchasable houses in earnest now, and last night we found one that seems perfect, with just enough space, a great kitchen, fine family-style neighborhood walking distance from campus, big private backyard, basement perfect for potential band practices and even a jacuzzi. Of course, we won't get it ... there are already interested buyers and we'd be coming in on a rent-to-own basis, so I can't get my hopes up. But it is proof that comfortable houses in our price range exist in Ann Arbor, and it's much easier to imagine a future here when I walk through a place like that. Too many times I've driven through the city or searched online only to see condo after condo after condo, shoved between shopping mall after shopping mall after ... the core of A2 holds plenty of charm, but step a few miles away where the rents and mortgages are a little lower and it's just as ugly as the rest of the state. Or country, the whole USA looks pretty depressing to me these days.

Going to the DIY Street Fair in Ferndale last weekend also went a long way toward making me feel more at home. One thing you can say about Detroit, no matter how devastated by blight it gets, there are always people dedicated to making something happen there ... there was plenty good art and a whole weekend worth of bands that, well, I didn't like so much but fuck it, I don't like hardly nobody no more. I'll put it this way, watching all the twentysomethings nerd it up with their Decemberist imitations and 80s new wave fetishism made me feel like I was back in Seattle, which for better or for worse was a cultural climate I could function in, if not actually fit into. I nearly started crying during Great Lakes Myth Society, struck dumb by some warped feeling of homesickness ... why is it that I always wish I was where I used to be? Anyhow, I got very very drunk on lots of great Michigan beer, hung out with at least one of my oldest friends, ran into a bunch of people I used to know and got on well with (despite my slurring and stumbling) and bought the greatest t-shirt ever (you'll have to see it to believe it). Speaking of t-shirts, the level of local pride on display is staggering, easily one out of three chests bore some sort of Detroit-centric message. You don't see that in Seattle, people don't just walk around constantly declaring their allegiance to the Emerald City, but there's something about Detroit that makes people downright proud enough to shout it out to the world via the clothing they choose. So the question is, do I buck the trend or succumb? After all, isn't Ann Arbor just a distant suburb of Detroit? I mean, the MC5 didn't change their name to the AA5 when they moved here, did they? Maybe I'll just buy a Detroit Tigers t-shirt, I don't give a fuck about baseball but I've always loved that logo. 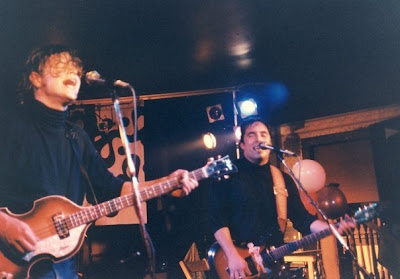 This weekend promises to be a busy one ... Friday I'm going to Ypsilanti for a "Stoner Rock" event to see the original End Times 1999 drummer Ian play in a purported Hawkwind-style band called Blue Snaggletooth (named after an obscure Star Wars character, a fact which I'm glad to say I didn't know until I tried Googling them). The band has been described as some sort of local supergroup, which could either mean the cream of mid-Michigan rocknroll combining into an unstoppable force or a bunch of drunks from defunct local bands getting stoned and charging people to watch them noodle onstage -- either way I'm looking forward to it. Saturday night Deming is coming to town and we'll be seeing the Richard Lloyd Band, a show which is being advertised as a huge punk rock blowout ("Party Like It's 1977!"), which might disappoint anyone who's never actually heard Television, the band that made Lloyd's reputation. The night is gonna be a lot more interesting to guitar technique types, but it seems like the opening bands are suitably noisy, so everyone can work out their aggressions before the headliner. I'm also very very excited about seeing the long-awaited reunion of the Wayouts (pictured above left) on October 9th in East Lansing ... that's the band that made Jim Diamond a local celebrity (the first time), a powerhouse trio that could play frat houses and hardcore shows and please 'em all regardless with their pumped-up surf/garage/pop sound. They were hugely influential to me (note matching black outfits) and everybody else, and I'm anxious to see my old pal and former bandmate (Clutters, Mark Lansing and His Board of Water and Light) Steve "The Steve" Simonson behind the drums again, and while I never knew bassist Eric well at all, we're Facebook friends now and these days that's as deep as it can get, right?

PS. An extensive oral history of one of my favorite movies, Over the Edge, well worth your time to either read or just go ahead and see it (thanks, Tom). And since I can only steal wifi in public places these days, I haven't been able to check out the Apostolic Pentecostal Christian rock group Winterband yet, but that's no reason you shouldn't, which you probably haven't unless you also frequent the WFMU blog.
Posted by fc at 7:30 AM 1 comment: 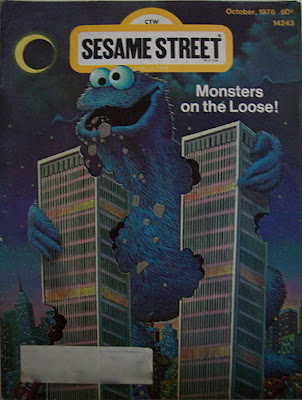 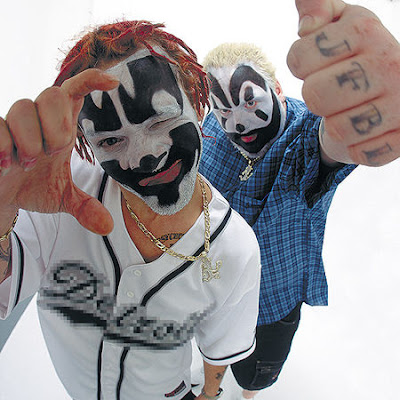 Hello from Michigan, where everything is better.

My time here has not been spent in ease, I'm experiencing all the stresses I expected, mood swings and long hours of isolation, vague regrets of what might have been, more fear of the future than anticipation. Just in the past week I've developed some strange sleep disturbances, vivid dreams that wake me at irregular intervals and leave me wide eyed in the night. After four days of this, I'm feeling very shaky, so perhaps I should keep my mouth shut ... of course, I've had some good days and positive signs, but I'm anxious to find my place and I get more impatient with every year that gets crossed off that giant scoreboard in the sky, so I'm more uptight than not.

The good news is that Lori's job is going very well. The work is challenging, but her boss is the type who encourages long lunches and insists that Lori manage her own hours and make space for a life outside of the library. We've reconnected with some old friends, the kind where our understanding of each other is strong enough that not even decades, careers or children can fundamentally change who we are together. Also, cursory exploration of the Ann Arbor public library suggests that it's as good as Seattle ... I found Jandek CDs, the original Texas Chainsaw Massacre, a fine selection of documentaries (did you know that the first working television network was run by the Nazis? Me neither) and I can only imagine they got some good readin' books too. The restaurants are also impressive, for the most part, bettering many of Seattle's better eateries -- they're often equally expensive, but Lori and I don't walk away disappointed like we did most of the time back West. Oh, and the beer ... Michigan harbors a number of excellent breweries so we do our best to buy locally, and I must attribute my recent weight gain (I'm nearly up to 170 lbs for the first time since Chicago) at least partially to Bell's, New Holland, Arbor and Short's.

However, the apartment we were forced to accept sight-unseen turned out to be a bit of a dump (no matter, it's only a three-month lease, we'll be moving shortly), we're having trouble with our new insurance and Ann Arbor happens to be the worst fucking city to drive in ever. Ever. Narrow roads, inconsistent bike lanes, a dearth of street signs, and you can't take left turns anywhere, it's a constant maze of U-turns and missed connections. Buses are not a convenient option, because this is Michigan, and we just don't do that here. I won't even start on the shrinking job market right now, because it wouldn't really be a sincere complaint, but eventually it's going to be a problem that will require a creative solution.

In a sudden fit of positive thinking, I placed an ad on craigslist for a new girl singer ... I did the same thing exactly a year ago in Seattle and got very, very lucky, so I'm hoping to strike oil again, perhaps a redhead this time? There have already been some responses, a few very promising and a few very not so, but of course I still feel like everything is moving too slowly, and I had such a great lineup in Seattle that it's going to take a miracle to come close. I hope to have better news soon. The End Times LP gets mixed and mastered at Ghetto two Tuesdays from now, so we'll be able to start infecting the rest of the world with the truth soon ... the world isn't likely to listen, but I want to make sure it can't say it wasn't told.

PS. Since it's a national day of mourning, I must reminisce, as it was eight years ago today that convinced me to move to Seattle in the first place. I had just been laid off from my Chicago dot com job and was extending an already-planned visit to Lori when the planes hit. I was so thankful to be near her during what I assumed was the beginning of total war against the country, rather than a thousand miles away and not knowing which of our cities would be destroyed first, that I completely abandoned tentative plans I had to stay and work in the Midwest where I still had some writing opportunities ... if America was finally going to get what was coming to her, I wanted to be by Lori's side, and I have been ever since. Bring it on.
Posted by fc at 7:00 AM No comments: 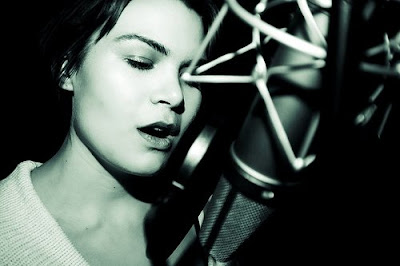