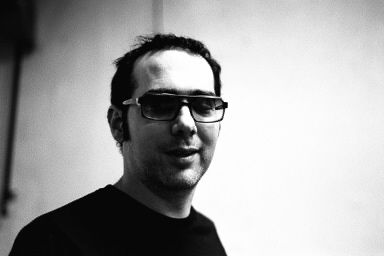 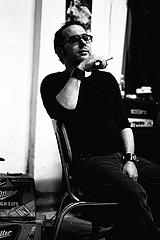 The most beautiful men on the planet, as captured by photographer Theresa Kereakes.
Posted by fc at 6:15 PM No comments:
An impressive collection of energy drinks, plus brief reviews.

"Liquid Core was awfull, it tasted just like a mouth full of pennys, and I'm not talking a girl named Penny I'm talkin' Abe Lincoln."
Posted by fc at 11:22 AM No comments:

Oh man ... hands down the coolest audio blog I've found in a long time. Lotsa Halloween-themed records (plenty that I remember from my childhood but never actually got to hear), Beatle-ripoff LPs from the 60s, even XXX-rated stag records. I got hours worth of listening in store for me, and there's bound to be something mindblowing for everybody here ... if not, I don't know you.
Posted by fc at 2:54 PM No comments: 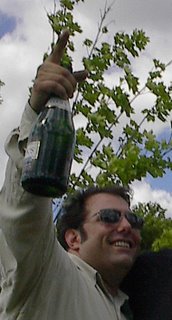 Good luck to Endless Jim Diamond as he takes on The Great Satan in US District Court.

I did my best to reunite the Wayouts for Deming's wedding in May, but alas, bassist Eric couldn't swing the trip. The solution? An unrehearsed catastrophe called THE STRANGE BROTHERHOOD OF MARK LANSING. Details to follow ...

Ought to see an article from me in the next (second ever) issue of Seattle Sound, as former Resonance music editor (and fellow former Michigander) Jason Full recently nabbed the top spot there and threw me some work. I reported on SIFF and a series of music documentaries they're programming for the 2006 festival. They call it "Face the Music" and it sounds pretty sharp, but of course I'll be in the Capital City at Deming's wedding for most of this year's fest. However, if you wanna see Portastatic perform a live score for The Unknown starring Lon Chaney and Joan Crawford, then pick up the next Seattle Sound and I'll tell you all about it.
Posted by fc at 6:08 PM No comments:

Ex-Cocaine gets licked all over in this rave, so everyone take a minute to thank God for Bryan Ramirez and his peculiar genius. His new "act" Poor School just got signed to Ecstatic Peace, so perhaps he'll be seeing some of those fat Sonic Youth dollars coming his way soon.
Posted by fc at 6:19 AM No comments:

Congratulations to The Steve ... he and his wife Lisa just brought a baby named Oscar into the world. Once again a good friend who I could never imagine fathering a child has reproduced, making me reassess everything I thought I knew. Who's next?
Posted by fc at 1:13 PM 1 comment: